Can Men be Victims of Domestic Violence?

A man can absolutely become a victim of domestic abuse. If this has happened to you, you have the right to pursue criminal charges and to seek a protection order in New Jersey. 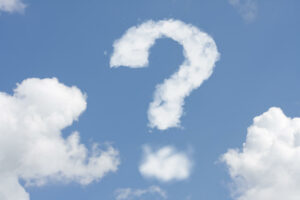 It may surprise most people that of the 10 million domestic violence survivors in the United States, 15% are men. And the actual number of male victims is probably much higher, as men do not report abuse as readily as women do. And yet, 28.5% of men in the annual American victims analysis admit to having suffered domestic violence by an intimate partner, including sexual assault, physical violence, and stalking, often resulting in post-traumatic stress disorder and other long-lasting effects. Heterosexual, homosexual, and bisexual men suffer from physical, emotional and psychological abuse, though the latter two groups experience violence disproportionately to heterosexual men. Domestic violence against men is the silent scourge that few people know about, and thus, it is not front-page news.

Society and Culture Contributes to a Pattern of Unreported Domestic Violence against Men.

One reason for the male domestic violence secret is men themselves. Abused men, no matter their sexual orientation, culture, or economic status, frequently do not report their injuries to the police. They may feel embarrassed, fear stigmatization, or wish to protect their partner. And gay or bisexual victims may be scolded that they are tarnishing the image of their community, so they refrain from calling for help. They may also fear being outed to unsuspecting friends, employers, or family members by their abuser. Or they fear retribution from their partner, so they simply do not bother reporting their abuse.

Moreover, police all too often do not take abused men seriously. In fact, some think male abuse is a joke or a cover-up for what must truly be going on, even perhaps that the man is the abuser. Most people are enculturated to assume that men are stronger and, thus, could not be the victim, especially in heterosexual relationships. United States society, bolstered by the media, reinforces stereotypical images of men as the abuser, not the victim. Since men are raised to believe that they must be strong, admitting that they are victims of an abusive relationship is a sign of weakness. The suck-it-up response is the attitude of many law enforcement officers and society. Thus, men hide their abuse for fear of being disbelieved and shamed, or they doubt there are available resources to help them get out of an abusive situation.

Just as women suffer simple assault and aggravated assault by punching, beating, hitting, kicking, slapping, shoving, or biting, so do men. They also suffer abuse by their partner’s threats of violence to themselves, their children or pets, or by use of a weapon. Those perpetrating the abuse may threaten a court battle to get sole custody of the children or to out a gay person who is hiding his sexuality. And victims may be attacked in their sleep or have all their possessions destroyed while they are away from their homes. Harassment is equally common, whether it be online harassment or through harassing social media, email, text, or voicemail messages. In other words, men can be threatened, physically injured, or blackmailed just as women can.

Aside from threats and physical violence, men likewise suffer emotional and psychological abuse. They are subject to verbal abuse, including humiliation, name-calling, lies, and harassment, whether privately or publicly. The victim may experience shame as their partner ridicules them in front of friends or employers. Domestic violence is often about control, and isolation is one form of controlling the victim. Thus, men are also victims of domineering partners who restrict their spending, social life, or movement. Abusive partners typically manipulate the victim by tricking, lying, and isolating them so that the victim is in a constant state of confusion, fear, and insecurity. So, they might lie about something the victim said or did to employers, friends, or law enforcement to keep the victim from forming bonds with others.

It is Common for Men to Find it Difficult to Leave, But Relief is Available.

Despite all the above, men in domestically violent relationships commonly find it exceedingly difficult to leave their partners. And if they do, they may need police or social services assistance to protect themselves and their children. There are also domestic violence hotlines and centers for advice on how to leave. But many victims resort to the police and the courts to get protection. Following a violent incident, a victim may seek a temporary restraining order (TRO). A police officer or victim may sign a domestic violence complaint if one of the parties is injured when the police are called out. After the police determine domestic violence occurred, the victim can go to court and get a TRO for protection against their partner. The order restricts the restrained party from committing further abuse or even contacting the victim and their children. It may also order the accused to pay support to the victim and provide child support for their children, as well as to give up their weapons to law enforcement.

After a court issues a TRO, the sheriff’s office serves the defendant with the TRO and notice to appear in the superior court, family division. Ten days after the TRO was issued by a municipal or superior court judge, depending upon whether the victim obtained the order after or during court operation hours, a hearing to finalize the restraining order occurs. At that hearing to make the TRO permanent, the defendant can argue that a final restraining order (FRO) is not warranted. The victim must prove that domestic violence occurred, and thus, they need protection. Both parties can bring evidence to prove their argument. So, if other household members, friends, relatives, or police officers are witnesses to the violence, they may testify to support the victim’s case for finalizing the protective order.

If finalized, the restrained party is permanently barred from contacting, harassing, or committing domestic violence against the protected party. The acts that constitute domestic violence are contained in New Jersey’s Prevention of Domestic Violence Act and include stalking, lewdness, assault, criminal restraint, kidnapping, and other violent or threatening crimes. Under the Act, those who commit those crimes against an intimate partner, date, or ex-partner may be restrained from coming near their victims or otherwise communicating with them. So, an FRO permanently restrains a party from contacting their victim but may also finalize the TRO orders for support, custody, and reparations for damages, like medical bills. Further, the restrained party may not own or possess weapons or firearms while the order exists. And if the defendant violates the order, they could be prosecuted for contempt of court, a criminal proceeding that could eventually land them in jail and paying high fines.

Man in Need of a Protection Order in NJ? Speak to an Attorney Today

While the police can direct a male victim of domestic violence to the right papers to file in the right court, they cannot take you through the entire process of obtaining a final restraining order. It is highly advisable to enlist a lawyer who can help you do that. With the complicated nature of restraining order proceedings, it can be difficult to prosecute a legal case on your own. For men especially, a talented restraining order attorney can be of great assistance on the march toward obtaining protection. If you are a male victim of domestic violence in New Jersey, call our legal team today for a free consultation and to speak to an attorney who regularly represents male domestic violence victims. Contact us at (908)-336-5008 to learn more, get the support, and legal advice you need.