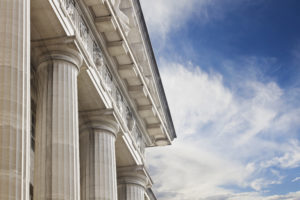 Need a lawyer for a domestic violence hearing in Warren County? We can help.

Christopher Perry handled the trial for the Tormey Law Firm before a Warren County Superior Court Judge. Both parties were represented by counsel. Mr. Perry was able to show that there was no prior history of domestic violence between the parties. He was also able to show that our client did not threaten her the way the she claimed and, in fact, the plaintiff failed to file a restraining order for weeks after she said the alleged threats were made. It’s very difficult to prove that you are in fear for your safety when you don’t even file a restraining order for almost a month after the alleged threats were made. In addition, through witnesses Mr. Perry was able to show that the plaintiff also threatened our client and was making threatening phone calls, etc. to our client after she was allegedly threatened. It is also very difficult to prove that you are afraid of someone and in fear for your own safety when you are calling them and threatening their life.

The Judge dismissed the restraining order after the final restraining order hearing (FRO) and found that the plaintiff’s claims were not credible. This was a great result for our client and the Tormey Law Firm.

If you or a loved one needs assistance with a permanent restraining order in Warren County NJ, contact the Tormey Law Firm for help. Our attorneys are available immediately to assist you at (908)-336-5008 and the initial consultation is always provided free of charge.