How Child Abuse Allegations Can Happen in Domestic Violence Cases

Allegations of Domestic Violence and Child Abuse in NJ? 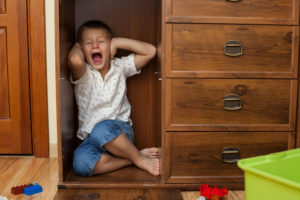 Child abuse is a form of domestic violence. In the interest of preventing child abuse across the state, New Jersey statutes have a relatively broad definition of what constitutes abuse. It includes conduct ranging from disposing of a child in a way that is not permitted by law, to allowing a child to work in an environment that is dangerous, to physically harming the child. I addition, behavior like using repeated offensive language in front of a child or permitting others to perform any immoral act in the presence of the child, may constitute child abuse and neglect. There are even cases in which a parent will be accused of domestic violence and the Division of Child Protection and Permanency (DCP&P) begins investigating for evidence of child abuse and neglect. Keep in mind that child abuse often means more than just “abuse”in the obvious sense. Under New Jersey law, the legal definition encompasses neglect, abandonment, cruelty, sexual abuse, and isolation from social support as well. Even living in an unsafe environment can be considered child abuse or neglect under certain circumstances.

If you are facing a domestic violence case in New Jersey with potential child abuse and custody implications, it is critical to avoid placing yourself and your relationship with your children at risk. Seeking help from a knowledgeable lawyer with experience representing parents accused of domestic violence in New Jersey is a highly advisable choice. Our attorneys are well-versed in the laws and nuances of child abuse and domestic violence cases. We frequently represent clients dealing with these matters in Morris County, Bergen County, Middlesex County, Union County, Hudson County, and across New Jersey. Our fundamental commitment is to deliver the best possible results and vigorously fight allegations that threaten to damage our client’s reputations and their lives. Contact us at (908)-336-5008 or reach out online to discuss your case with a member of our team. We are available day and night to provide you with a cost-free, entirely confidential consultation.

If you are accused of child abuse and/or domestic violence, it can affect a wide range of issues in your life. The following are some of the possible things that may happen if you have a child or children and become involved in a domestic violence case in New Jersey.

Child abuse accusations can also play a role in whether you can have custody of your child, either now or in the future. Any allegation of abuse, even if it was ultimately unfounded, may be a factor that the court considers in child custody determinations. In fact, temporary changes in custody are common in domestic violence cases and it may lead to changes in visitation and parenting time in the short or long-term. Courts have established that custody should presumably be granted to the non-abusive parent.

When making decisions about more permanent changes in child custody arrangements, New Jersey courts abide by the standard of the “best interests of the child.” With this in mind, a risk assessment may be conducted to evaluate the parent accused of domestic violence before the court decides custody and parenting time. If you are subject to a risk assessment, you will have to answer a variety of questions in an interview and all of the evidence in your case will be examined. This process also includes an interview with your child’s other parent.

Criminal charges for child abuse are not the same thing as action from the Division of Child Protection and Permanency. DCP&P will often step in when there are accusations of domestic abuse, to investigate and protect children from further harm. While DCP&P can take your children out of your custody and even potentially terminate your parental rights, they cannot charge you with a crime. A case worker can, however, report a substantiated finding of abuse or neglect to the state, who may elect to charge you with a criminal offense and commence prosecution.

If you are criminally charged with child abuse, it is generally a fourth degree crime in New Jersey. This means that you could face up to 18 months in prison and have to pay fines of up to $10,000. A child abuse criminal charge can result even if you use too severe corporal punishment on your child. More serious charges could be brought against you as well, depending on the conduct. For example, parents and caregivers accused of sexual abuse may face charges as severe as aggravated sexual assault, a first degree crime punishable by up to 20 years in prison. Many sex crimes in New Jersey also carry mandatory sex offender registration under Megan’s Law.

Another potential charge is endangering the welfare of a child, commonly referred to as “child endangerment.” This type of crime can be considered first, second, third, or fourth degree, depending on the specific facts of the case. Child endangerment fact patterns vary significant, but you may face these charges for something as simple as failing to put your child in a seat belt while you are driving. Some individuals end up charged with endangering the welfare of a child when arrested for DUI with a child in the vehicle. Notably, even failure to report child abuse is a disorderly persons offense under New Jersey law.

Accused of Abuse in NJ? Contact Us for Help Today

If you have been accused of domestic violence and/or child abuse in New Jersey, you need an experienced defense attorney to help you avoid these and other severe negative consequences of the claims. Fortunately, our team of lawyers has extensive experience defending those facing domestic abuse allegations and we can handle all aspects of the legal process on your behalf. When you have a matter in family court that affects your child, we understand the gravity of the situation and the importance of the outcome. Let us help you defend your parental rights and your good name. Learn more by calling our firm today at (908)-336-5008 for a free consultation.