Serving Clients in Jersey City and throughout New Jersey 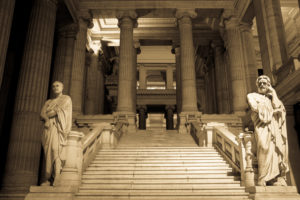 The Tormey Law Firm is a team of highly equipped domestic violence attorneys who regularly assist clients with simple assault accusations in Bound Brook, Haledon, Phillipsburg, Teaneck, Neptune, Garfield, Elmwood Park, East Orange, Bloomfield, and throughout New Jersey. When you’ve been accused of domestic abuse, we know the court system inside and out and we will fight to defend your innocence. Whether you need to appear in Family Court for a restraining order trial, Criminal Court for simple assault charges, or both, our attorneys have the knowledge and experience to handle all aspects of your domestic violence case. For a free consultation, call (908)-336-5008 or contact us online today.

Notice, there are several different types of injury recognized under NJ law. “Bodily injury” means physical pain, illness or any impairment of physical condition. “Serious bodily injury” is defined as bodily injury which creates a substantial risk of death or which causes serious, permanent disfigurement, or protracted loss or impairment of the function of any bodily member or organ.

Is a Simple Assault Criminal Charge Different From a Restraining Order?

Yes. A simple assault criminal charge means that you were arrested by the police and facing a disorderly persons (misdemeanor) assault charge which will be handled in the local town Municipal Court in which you were charged. This case will be prosecuted by the State of New Jersey and handled by the Municipal Prosecutor.

Is Self Defense a possible defense to my Simple Assault Charge in New Jersey?

Yes. If someone is attacking you, you are legally within your rights to protect yourself. Now, you can only use equal force to the force being used against you. In addition, you can only use enough force to allow you to remove yourself from the situation entirely. As a result, a self defense argument will hinge on the facts and circumstances of your case, the amount of force used, the injuries to you and the other party, and if there were any other witnesses to the alleged assault.

The second legal course of action which may result from domestic violence and simple assault is a restraining order. Protective orders are handled in New Jersey Family Court and are subject to a lower burden of proof than criminal matters. If a judge issues a final restraining order against you based on simple assault accusations, you will be prohibited from having or using a weapon for the rest of your life and subject to criminal charges for contempt if you violate any of the provisions contained in the FRO.