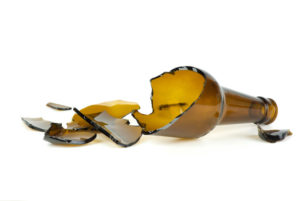 At The Tormey Law Firm, our highly skilled NJ domestic violence defense lawyers have represented clients facing charges for possession of a weapon for an unlawful purpose in courts across New Jersey, including those in Hackensack, Newark, Morristown, Somerville, Paterson, and Toms River. Contact us now to discuss the case against you and find out how we can help. Consultations are available anytime, day and night, and provided absolutely free of charge. Simply call (908)-336-5008 or send us a message online for a free consultation.

Under N.J.S.A. 2C:39-4, any person may be charged with a crime if it is alleged that they: 1) had a weapon in their possession, with 2) the purpose to use it unlawfully against another. The law defines what may be classified as a weapon, but it is by no means an exhaustive list. Essentially, a weapon is anything that can be demonstrated to be lethal or an item that can “inflict serious bodily injury.” Under section N.J.S.A. 2C: 39-2, the term weapon includes:

Again, the law does not place a limit on what can be considered a weapon and just because something is not on the list, does not mean you cannot be charged with this offense. For example, recently a New Jersey man was charged in the deaths of two people. It was alleged that he used baseball bats and a kitchen knife to kill them. Clearly, under everyday circumstances, both kitchen knives and baseball bats are permissible objects to have in your home. However, if you possess those items with the intention of using them unlawfully against another person, you can be found guilty of a third degree indictable (felony) crime. Hitting or stabbing someone with a bat or steak knife while unprovoked is undoubtedly possession of a weapon for an unlawful purpose. Even waving such items in the air in a threatening manner toward someone else can result in charges for N.J.S.A. 2C:39-4.

Penalties for Possessing a Weapon for an Unlawful Purpose in NJ

With the exception of charges related to a firearm or explosive device, possession of weapons for unlawful purposes is a third degree crime. If you are convicted of a third degree crime, you can be sentenced to incarceration in New Jersey State Prison. In fact, the judge could sentence you to as little as three or as much as five years in prison and order you to pay as much as $15,000 in fines. Additionally, you will be forbidden from owning or possessing firearms for the remainder of your life.

Unfortunately, if you are convicted of a second degree crime, you may be sentenced to state prison for 5-10 years. It is important to note that New Jersey law does not allow defendants to receive probation for second degree crime, as there is a presumption of incarceration for this degree of offenses.

It should be noted that possessing imitation firearms for an unlawful purpose will be charged as a fourth degree crime, with the potential for 12-18 months in state prison for those convicted.

Often, cases involving domestic violence contain facts that give rise to a charges for possession of a weapon for unlawful purposes. This is because of the tumultuous nature of the parties, the potential for prior acts of violence, and the use of objects in causing harm or the threat of harm. The State must prove that it was your intention to use the weapon in a manner that was unlawful in order to obtain a conviction for this offense. Now, imagine that you are eating a steak dinner, and your spouse begins to argue with you. He begins to scream and yell and comes closer and closer to you while you are seated at the table. You have been in this situation before and you know that he has a propensity to harm you. Your intention is to get him away from you. Because of the prior harm and imminent fear, you raise the knife in the air and yell “get away from me our I will kill you,” to which your spouse responds by calling the police.

When the police arrive, your husband omits most of the story and tells the cops that you threatened to kill him with a kitchen knife. He brings them the knife and they keep it as evidence. Because you are married and you allegedly threatened harm, the police lock your hands in cuffs behind your back, place you in the patrol car, and haul you to the county jail where you will remain held until your detention hearing. You may be accused of two acts of domestic violence, specifically, terroristic threats, a crime of the third degree, and possession of a weapon for an unlawful purpose, also a third degree crime because the weapon in question is a kitchen knife.

In addition to criminal charges for 2C:39-4, the alleged victim could file for a restraining order. If you live in the same household as the other party, you could be forced to move out and answer to the criminal complaint and the restraining order in two different court proceedings, both criminal and civil.

No matter what type of allegations are involved in your domestic violence case, there are often defenses, loopholes, and different avenues toward a constructed theory inconsistent with the State’s argument that you possessed a weapon for an unlawful purpose. For instance, in a domestic violence case, we may set out to prove that your intention was not to threaten or harm another person with a deadly weapon, but rather, that you were acting in fear for your own physical safety. Despite being such a serious crime, there are legal defenses and ways in which your case can resolve or be tried depending on the circumstances. Our highly experienced domestic violence defense lawyers have reviewed countless complaints involving possession of weapons for unlawful purposes charges in New Jersey. We can help provide the information you need to make an educated decision concerning your case. Call (908)-336-5008 today for a free consultation.