Certain Persons Not to Possess Weapons and Domestic Violence 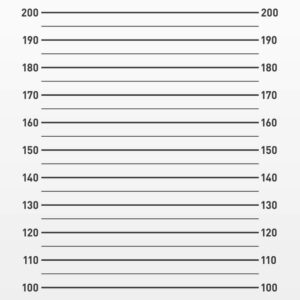 Under both the United States and New Jersey Constitution, citizens have the right to possess firearms. However, that right is not absolute. Both the federal government and our state lawmakers can place restrictions on who can own a firearm and under what conditions. In other words, not every person is allowed to possess a firearm. To that end, many States, including New Jersey, have a specific law in place that outright bars certain persons from purchasing, owning, or otherwise possessing a firearm. This law extends far beyond simply firearms possession, however. In fact, N.J.S.A.2C:39-7 applies to a whole host of weapons that certain persons are not allowed to possess under the law.

In reaction to several political assassinations, notably, John F. Kennedy, Dr. Martin Lurther King, and Robert Kennedy, the federal government passed The Gun Control Act of 1968. Several decades later, it was amended in 1993 by the Brady Handgun Violence Prevention Act. The federal statute regulates the interstate sale and commerce of firearms. In addition, it mandated that any person seeking to purchase a firearm must undergo a background check.

The overarching purpose of the Act was to help keep firearms from coming into the hands of dangerous individuals. To accomplish this goal, the Act created a list of certain persons who are prohibited from purchasing or otherwise receiving a firearm. On top of that, the law punishes any person who gives a firearm to another person that the individual should have known could not legally possess a gun.

The list of individuals that are prohibited from possessing a firearm under the the federal statute are the following:

Accordingly, under our federal law, the aforementioned people are prohibited from owning, purchasing, or otherwise possessing a firearm.

The State of New Jersey has a very similar statute that bars certain persons from possessing a weapon. Unlike the federal law, our State statute has a more thorough list of crimes and offenses that prohibit an individual from handling a gun or another item that qualifies as a weapon. The statute itself has many disqualifying offenses but a good rule of thumb is if you were convicted of a crime involving violence or the use of a weapon, you are likely barred from purchasing, owning, or possessing a weapon moving forward.

Another potential disqualifier is mental health. More specifically, if a person was previously committed to a mental health facility or has a history of seeing a physician for mental health purposes, he or she is likely prohibited from controlling weapons. Also, protective orders issued pursuant to Red Flag Laws or New Jersey’s Extreme Risk Protective Orders restrain individuals from acquiring guns. Thus, if you are subject to such an order, whether it is this State or another jurisdiction, you cannot legally purchase, own or possess a firearm or weapon.

What does NJ Certain Persons Law have to do with Domestic Violence?

Another major disqualifying factor for weapons possession in New Jersey is domestic violence. If a person has a prior conviction for any indictable or disorderly persons offense that touches upon domestic violence, he or she is prohibited from handling a firearm or possessing any other type of weapon. In that same vein, if an individual is subjected to a restraining order, they are outright barred from possessing weapons. And lastly, if a person’s weapons were previously seized pursuant to the NJ Domestic Violence Act and the guns were never returned, he or she cannot legally possess a firearm. Even if the restraining was dismissed, they may still be barred from owning a gun. On top of that, if there was a companion criminal complaint and the charges were dropped, the individual may still be prohibited from acquiring a gun if the weapons were seized and never returned.

If a certain person is found to be in possession of a weapon, they are unfortunately facing serious criminal sanctions. The statute is broken up into several different sections depending on the severity of the offense. For instance, if you were previously convicted of an indictable offense such as aggravated sexual assault and were subsequently found to be in possession of a gun, you would be facing a charge in the second degree range and facing between five (5) to ten (10) years in prison alongside a fine up to $150,000. Moreover, with respect to this particular violation, our lawmakers added a mandatory sentencing mandate which requires the defendant to serve a minimum of five years in prison before he or she will be eligible for parole.

If, however, you only had a prior disorderly persons offense involving domestic violence and you are found to be in possession of a firearm, you may be convicted of a crime of the third degree. Consequently, the defendant is exposed to a prison term between three (3) to five (5) years in prison and a fine of $15,000. This is, indeed, a severe penalty but not as harsh as a second degree offense.

Likewise, if firearms were seized in accordance with the Prevention of Domestic Violence Act and the weapons were never returned but a person is caught in possession of a firearm or even ammunition, that individual will be charged with a third degree felony offense. Lastly, the same goes for a person who is subjected to an Extreme Risk Protective Order but ignores the mandates of the order and tries to purchase a gun or is found in possession of a firearm. He or she will be facing criminal charges of the third degree and subject to a prison term between three (3) to five (5) years.

Certain person charges are very serious in New Jersey. A person who is convicted of such an offense is facing significant time in prison. With that said, it is imperative to contact an attorney if you are facing such significant criminal charges. An experienced defense attorney can assist you in a number of ways. For example, a case may be dismissed if a constitutional violation can be demonstrated. Let’s say that you are driving your car and you have a firearm with you. The officer stops you because a brake light was apparently out. Next, upon speaking to you, the officer indicates that he smells marijuana and thus, searches the vehicle and finds the gun. From there, you hire an attorney and he or she reviews a video of the stop. From the video, it is clear that the brake lights were working fine. The attorney can argue that the officer’s basis for the stop was unlawful. Plus, pursuant to New Jersey’s new marijuana law, a police officer may no longer search a vehicle simply based on the smell of cannabis. Thus, the attorney can also assert that the search of the vehicle was improper and as a result, it is very likely that the case would be dismissed. Keep in mind, successfully demonstrating a constitutional violation and obtaining a dismissal is very difficult. For this reason, you want a lawyer who knows all of the things to look for in these cases in order to challenge your certain persons charge in any way possible.

The stress and anxiety of being charged with a crime like certain persons not to have weapons, that may result if a prison term, is not a position anyone wants to be in. Hence, to avoid such a predicament, it is best to contact an attorney before you try to purchase or acquire a firearm. Also, if you are charged with this crime already, served with a restraining order, or had your weapons taken by the police, you should speak to an attorney. Your right to bear arms may be impacted by the case. It may not even matter that the criminal case was dismissed and the restraining order was dropped, as your ability to possess a firearm may still be restricted. As a result, it’s important to speak to an attorney who can adequately explain the collateral consequences of your case so you can make a well informed decision.

At The Tormey Law Firm, our attorneys handle all aspects of domestic violence, criminal, and weapons cases across the state of New Jersey, including in Bergen County, Passaic County, Middlesex County, Morris County, and Essex County. We know that these cases often overlap and clients often face multiple proceedings in civil and criminal courts, especially when they have been accused of domestic violence. Whether it be a certain persons not to possess weapons offense alone that you are facing, a permanent restraining order, a conviction for a domestic violence offense, or you want to remove a restraining order or seek return of your weapons after they have been confiscated, we can help.

Contact our legal team today at (908)-336-5008 if you are in need of assistance. An attorney is available now to provide you with a free consultation.