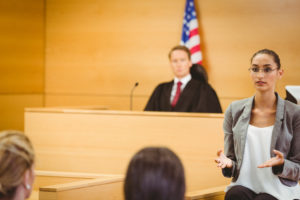 Are you in need of a domestic violence defense attorney in Morris County? The Tormey Law Firm can help.

Travis J. Tormey recently represented a client at a Final Restraining Order (FRO) hearing at the Morris County Superior Court located in Morristown, New Jersey. The basis of the temporary restraining order (TRO) were three alleged predicate acts of domestic violence: assault, terroristic threats, and harassment. If a permanent restraining order issued, the client would be fingerprinted, placed in a statewide database for domestic violence offenders, would be prevented from going near the plaintiff, her work or her residence, and would be prevented from owning firearms. He also would be detained when traveling at the airport to ensure that he was not traveling with the plaintiff or in her vicinity.

The facts of the case are as follows: the parties were in a relationship for 8 years, 7 of those 8 years they resided together. There was never a single domestic violence call to their residence, nor any criminal charges or restraining orders ever filed previously. The parties broke up when the defendant discovered that the plaintiff had been having an affair with a co-worker. There was a verbal argument that the plaintiff claimed was physical. However, she did not call the police, she remained in the home, and she did not receive any medical treatment for these alleged injuries. In addition, the next morning she drove the defendant to pick up his new car: not the behavior of someone who had just been attacked and assaulted. The parties were then very civil with their texting and communication over the next several weeks in an attempt to divide their property and resolve issues such as lease agreements, car insurance, cell phone plans, etc. The plaintiff moved out of the home and was staying with friends. They made arrangements for the plaintiff to return to the home and retrieve her belongings when the defendant wasn’t home. This happened and when the defendant returned home he found one of his cats dead on the basement floor of the home. The cat was not ill and the defendant assumed some wrongdoing on the part of the plaintiff. He called and texted her yelling about the cat and “what had she done” to the animal and that she would “pay for this”. These were the alleged terroristic threats named in the restraining order.

The judge found that there was no domestic violence in this case. He found no grounds for assault, terroristic threats, or harassment based on the events enumerated above. He also found that there was no need for a restraining order to protect the plaintiff’s safety and well being. This was the correct result in this case and the client was extremely satisfied with the outcome.

If you or a loved one needs assistance with a permanent restraining order in Morris County NJ, contact the Tormey Law Firm for help. Our attorneys are available immediately to assist you at (908)-336-5008 and the initial consultation is always provided free of charge.