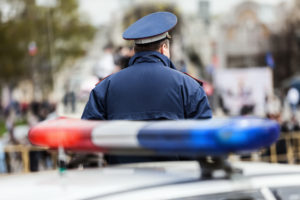 Are you in need of a domestic violence defense lawyer in Hackensack? The Tormey Law Firm can help.

Travis J. Tormey recently represented a client facing a final restraining order (FRO) in the Bergen County Superior Court in Hackensack, New Jersey. The client had no prior criminal history and was not a United States citizen. As a result, if a permanent restraining order was issued against him, it would have severe long lasting implications with regards to his immigration status. In addition, the client would be fingerprinted, placed in a statewide database for domestic violence offenders, and would be prohibited from owning firearms. As a professional with multiple masters degrees and a corporate job, this would have been devastating for the client.

The restraining order was filed by the client’s roommate. They were essentially house mates who were renting rooms in the same home as young professionals. There was a disagreement about certain household chores and where personal property should be kept in the home which resulted in a verbal dispute. The allegation was that our client pushed the plaintiff and that the plaintiff was baiting the defendant to hit him to which he refused. The police were not called to the scene and the plaintiff waited until the next day to file for the temporary restraining order (TRO).

What’s the best defense to my domestic violence charges in Bergen County NJ?

Have a Restraining Order Trial in Bergen County, What Should I do?

If you have an upcoming court case for a restraining order in Bergen County, New Jersey, attempting to represent yourself is unadvisable. Domestic violence trials are highly complex and you should consult an experienced attorney who can advise you on how to proceed in order to achieve the best outcome. Contact us today to discuss your case with a local restraining order attorney in Hackensack, NJ. You can reach us day or night at (908)-336-5008 for a free consultation.