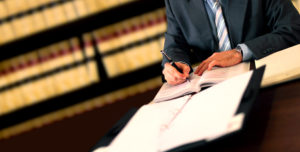 The restraining order defense lawyers at the Tormey Law Firm LLC have successfully handled restraining order cases in practically every county in New Jersey. In fact, Mr. Tormey has been recognized as a top trial lawyer under 40 years of ago by the National Trial Lawyers Association and by the National Association of Criminal Defense Lawyers. In addition, Mr. Tormey has been cited by numerous publications as a legal resource on domestic violence including appearing on CBS Radio concerning the Ray Rice aggravated assault domestic violence case in New Jersey. If you or a loved one is in need of legal assistance regarding a restraining order matter in NJ, you’ve come to the right place. Contact our offices anytime for immediate assistance at (908)-336-5008. The initial consultation is always provided free of charge. We represent clients throughout NJ including in Montclair, Irvington, Cedar Grove, West Orange, and Bloomfield.

Here is a review from one of the many satisfied restraining order clients of the Tormey Law Firm:

“The Best Attorney”
5.0 stars
Posted by anonymous
“As most can attest, having to defend yourself in court is not always a pleasant experience and at best you’re hoping for a positive outcome. In the case of TRO defenses, positive outcomes can be put into three categories:
1) Good – Plaintiff dismisses TRO with conditions w/o trial
2) Better – Case dismissed after judge listens to both parties
3) Best – Case dismissed after Plaintiff’s testimony w/o Defense testimony
My personal experience was that Tom was able to get me the “BEST” possible outcome by having my case dismissed without Defense testimony. His knowledge of the law is impeccable and trust me on this one, being smart and knowing the law are two different things. Tom’s knowledge of the law is what ultimately got my case dismissed without me saying a word in court.”

In order to establish a predicate act of domestic violence of terroristic threats, the plaintiff must show a violation of N.J.S.A. 2C:12-3 which provides in pertinent part:

a. A person is guilty of a crime of the third degree if he threatens to commit any crime of violence with the purpose to terrorize another or to cause evacuation of a building, place of assembly, or facility of public transportation, or otherwise to cause serious public inconvenience, or in reckless disregard of the risk of causing such terror or inconvenience. A violation of this subsection is a crime of the second degree if it occurs during a declared period of national, State or county emergency. The actor shall be strictly liable upon proof that the crime occurred, in fact, during a declared period of national, State or county emergency. It shall not be a defense that the actor did not know that there was a declared period of emergency at the time the crime occurred.

b. A person is guilty of a crime of the third degree if he threatens to kill another with the purpose to put him in imminent fear of death under circumstances reasonably causing the victim to believe the immediacy of the threat and the likelihood that it will be carried out.

NOTE:  In the domestic violence context, courts can consider any past history of abuse as a part of a complainant’s individual circumstances in determining whether a reasonable person in those circumstances would have believed the threats at issue. See Cesare v. Cesare, 154 N.J. 394 (1998).

NOTE: It is important to remember that, although terroristic threats is a criminal charge and we use the criminal statute under N.J.S.A. 2C:12-3, the plaintiff must only establish the civil standard of a “preponderance of evidence” in a restraining order case because a restraining order is civil in nature. Preponderance of evidence is a “more likely than not” standard so the plaintiff must establish 51% that the offense was committed and that is sufficient in a civil case.

For more information, contact the restraining order defense lawyers at the Tormey Law Firm LLC for a free initial consultation at (908)-336-5008.