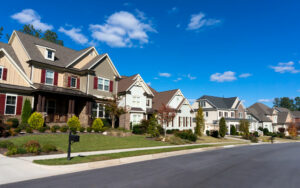 Many people are familiar with the 1964 Catherine Genovese case in New York. In the early morning hours, the 28-year-old woman was stabbed to death over three separate attacks outside her apartment building while no less than 38 neighbors heard the screams and cries for help. One person finally called the police, but only after she died. The incident prompted numerous psychological studies of what has become known as the bystander effect. Interviewed neighbors revealed that fear and reluctance to get involved were the two main reasons for not calling the police. Other theories arising from prominent studies included group think. In large groups, individuals fail to take responsibility, hoping someone else takes the lead in resolving the crisis and taking comfort in collective ignorance. In other words, if no one else thinks the situation is not bad enough to call the police, nothing must be too wrong. And one witness claimed she was used to hearing screams in the night in the neighborhood, so she did nothing. Similar avoidance behavior and psychological factors may be responsible for the vast underreporting of domestic violence.

People are Hesitant to Report Suspected Domestic Abuse in their Neighborhood

Despite neighbors hearing screams and violence, people often do not get involved, believing domestic arguments are private matters. Not only that, but friends of domestic violence perpetrators, though they are in the best position to help, do not call their friends out. People are reluctant to think the worst of those in their circle of friends. The psychology behind ingroup bias may have something to do with the inaction. In other words, friends do not report friends because they doubt one of their ingroup could be responsible for the violence. Studies show friends are less likely to report an ingroup member than an outgroup one, as it is much more challenging to believe that someone close to you could possibly be inflicting harm on someone else close to you. As it sounds, this concept hits “too close to home,” sometimes literally. Additionally, some reluctance to call the police on a neighbor or someone nearby is due to uncertainty. Neighbors do not want to report a suspected crime if they are not sure, considering that a sound or raised voices could mean an assault crime, terroristic threats, harassment, or merely a disagreement among very heated participants.

Neighbors are Fighting, Should You Call the Police?

Reporting domestic violence is one of the most effective ways to prevent harm to victims. Most people do not understand that a report is only one piece of evidence prosecutors use to convict a domestic violence perpetrator. One witness’s sensory observation of what they heard or saw is one piece in a collection of evidence pieces. What they may not know is that other evidence also exists, such as a police report documenting earlier instances of domestic violence, x-rays, and photos of broken bones and bruises, or other neighbors’ complaints. The witness reporting a crime is not the judge and jury to convict a suspect but one contributor of evidence. And unlike child abuse reporting, which is a disorderly persons offense for those who knowingly do not report suspected child abuse, reporting domestic violence is not a legal but a social or moral obligation. Thus, witnesses may feel less responsible about reporting crimes for fear that they are unsure. However, breaking the notion that domestic violence is a private matter is another public perception obstacle to overcome.

Sometimes Calling to Report Your Neighbors in a Fight can Backfire

The truth is that reporting abuse to the police may end up backfiring. Though the police can follow up with a report of domestic violence with a wellness check, law enforcement cannot do much unless they see clear signs of abuse or the victim asks for help. Once the police leave, the perpetrator may blame the victim for the police visit with even worse violence as the repercussion. Or, because of the police call, various services may encourage the victim to leave, resulting in increased physical or sexual assaults, stalking, or criminal coercion for the victim, even death. However, a dangerous-sounding situation requires a neighbor’s 911 call or a call to the police to at least ask for advice about reporting the matter. The ideal situation is a friendly, concerned neighborly chat with the suspected victim, encouraging them to seek help through domestic abuse hotlines or other resources. Domestic violence victims also need to know that they can get help from their local courthouse by getting a restraining order.

What Happens when the Legal Process is Initiated

A domestic violence victim can go to their local courthouse and get help filling out the necessary paperwork to get a temporary restraining order (TRO) whenever they need it in an emergency. They can also get assistance filing for a restraining order from the police. A TRO is an emergency protection authorization against an alleged perpetrator of domestic violence. The Prevention of Domestic Violence Act of New Jersey specifies who can seek protection against enumerated crimes constituting domestic violence. The initial hearing for the TRO is typically between a judge and the petitioning victim who testifies to the violence they suffered and the fear of further violence if a judge does not grant the protective order. Courts err on the side of caution and give the TRO. A final restraining order (FRO) hearing follows approximately ten days later. At the hearing, the accused domestic violence perpetrator can present evidence to counter the victim’s evidence of violence and abuse. Finally, a judge determines whether the TRO becomes permanent.

A protective order prohibits a defendant from contacting the protected plaintiff in any manner, in person, text, email, or phone. They must surrender their weapons to the police and often pay child support, medical bills, or property maintenance costs if the parties have children and a residence together. In other words, a domestic violence victim may get court protection if they need to escape the violence under threat of a contempt order and incarceration for violating the order. And the named perpetrator must understand that a FRO is permanent and difficult to terminate, particularly without help from an experienced restraining order attorney.

The domestic violence victim or accused whose neighbor reported suspected violence is wise to seek legal advice if their behind-closed-doors domestic troubles become the subject of a civil or criminal complaint and a protective order. At this critical juncture, you need a legal professional who understands the criminal and civil implications for the plaintiff and the defendant in a domestic violence case.

If your neighbor reported domestic violence against you anywhere in New Jersey, contact an attorney at The Tormey Law Firm right away to get the legal guidance you need. We provide free and confidential consultations to those involved in all types of domestic violence and restraining order-related matters across the state of New Jersey. Contact us anytime for an initial no-cost consultation at (908)-336-5008. If you enlist our representation, our lawyers can help you make the right decisions, guide and support you throughout the legal process.