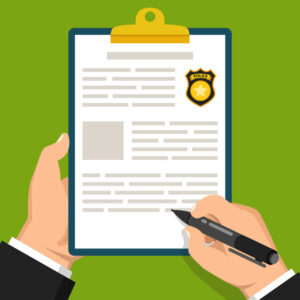 When it comes to domestic violence, sometimes the state must intervene to protect the victims. When the police come out to a residence on a domestic violence call, their job is to assess the facts and determine if anyone committed a crime and anyone is in danger. Typically, the police look for signs of abuse, such as bruises, cuts, broken bones or other indications that violence occurred. Once they establish a reasonable belief of domestic violence having occurred and make a determination as to the victim, they must take specific steps to arrest the perpetrator and inform the victim of their right to know about the arrested person’s whereabouts.

What is the Victim Notification Form?

The Victim Notification Form (VNF) is an official New Jersey state document sanctioned by the Attorney General and New Jersey Supreme Court that complies with the state’s legal responsibility to domestic violence victims.

What Information does the Victim get Notified About?

When the police determine a domestic violence suspect injured someone and make an arrest, they bring the suspect to jail to await their disposition. Within 48 hours, a suspect finds out if they will be let out into the community, with or without conditions, or remain in custody until tried. An alleged victim of the jailed defendant has the right to notice of an arrestee’s release from jail or a motion potentially resulting in them leaving jail. The VNF also informs victims of their right to be notified about plea bargains the defendant asks the court to accept and their trial and sentencing dates.

Since it must account for all victims and the need for quick and easy completion, the form offers options to check or fill in by the police officer and the victim. The defendant’s release and bail eligibility information is also part of the form. In addition, the VNF states that the Prosecutor contacts the victim to notify them of the defendant’s release, so they should provide the Prosecutor’s office with an updated contact telephone number. The police officer verifies the contact telephone number when going through the document with the victim. All victim information is confidential and not available to the defendant or their attorney. Lastly, the form supplies the Victim Witness Unit of the Prosecutor’s Office to the victim.

The officer also offers the victim an opportunity to access New Jersey’s Victim Information and Notification Everyday (VINE) electronic system. New Jersey’s VINE contains information from the County Correction Information System to track an offender’s release or transfer in the correction system and alert the victim. However, the system does not notify the victim of an offender’s arrest. Instead, that information comes from the law enforcement agency making the arrest. If the victim wishes to access the VINE, the office writes a four-digit access code on the VNF. The officer then leaves a copy of the VNF with the victim. After, the VINE computerized system telephones the victim of an offender’s impending release or custody change. The VINE system calls the victim every half hour for 24 hours until the victim answers.

As part of New Jersey’s victim’s rights as mandated by the state constitution, the VNF is an integral part of implementing the protections afforded by the Prevention of Domestic Violence Act of 1991 (The Act). The Act defines domestic violence and the criminal acts that constitute domestic violence, such as sexual assault, stalking, and harassment, to name a few. The Act also provides authority for restraining orders against perpetrators of domestic violence. The VNF is crucial to the entire legislative scheme to protect victims and inform them of their options to get legal protections. Thus, when the police arrest a domestic violence offender, they must fill out the VNF with the victim to ensure they know how they can be safe from their assailant.

If You are a Victim of Domestic Violence

While the police must provide the legal notifications to a domestic violence victim, they may not represent the victim in a domestic violence action. They also may not appear in court for them to finalize a temporary restraining order victims initially get to keep their abuser from contacting them or further hurting them. An attorney can help you get that final order and explain more than the immediate custody change notifications. Preferably, you want to have an attorney experienced with domestic violence and restraining orders handling your domestic violence action and helping you secure protections for yourself and your family. A restraining order keeps the defendant from contacting you and orders the defendant to surrender their weapons to law enforcement. It can contain child support, restitution, and other orders to help you recover and maintain your work and home life.

No matter what side of the case you are on, it is preferable to have an attorney who has successfully handled and continues to handle restraining orders and domestic violence on a regular basis in courts throughout New Jersey. This is what you find when you look to the team of lawyers at The Tormey Law Firm. If you have questions about a case and how you can best prepare for what happens next, while preserving your best interests, contact our office. An experienced lawyer is available 24/7 to provide immediate assistance and further counsel on your domestic violence case at (908)-336-5008. The consultation is free and entirely confidential.

Previous Does a Past Restraining Order Impact my Case in NJ?
Next Parental Alienation when Defending Against Domestic Violence Accusations