Does a Past Restraining Order Impact my Case in NJ? 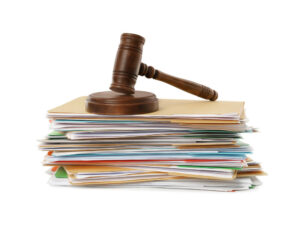 Perhaps your former spouse, girlfriend or boyfriend, sibling, or lover now accuses you of domestic violence and seeks a restraining order. If that person had a restraining order against you before the current domestic violence case, they went through the process of filing for one in the local municipal or superior courthouse or police department and presented their emergency need for one. They convinced a judge that they were in danger and needed protection because of a pattern of abuse or a violent incident and ultimately got a Final Restraining Order (FRO). Since FROs remain in effect permanently, the victim does not need to get another restraining order against you if they feel threatened or experience further abuse, harassment, or another act of domestic violence. In fact, any prohibited contact after the initial restraining order may be a restraining order violation, and a contempt charge may be in order. If you have been charged with contempt for violating the order, you will have to face the charges in criminal court, which could mean jail time. Unless the court dissolved or vacated the Restraining Order, the victim does not need to get another one against you for a post-restraining order confrontation or other violation of the order.

What if the same person requests a restraining order again?

If the victim did seek to dismiss the prior FRO, they proved to a judge that they freely wished to dissolve it because the threat of danger no longer exists. They demonstrated that the circumstances no longer warrant the order. Thus, a subsequent FRO requires a new establishment based on the evidence, that all of the necessary requirements for a restraining order exist. Additionally, if the temporary restraining order was ultimately dismissed at the final hearing, then the person must petition the court again and seek to actually prove their case. A dismissal of the TRO means there was insufficient support to justify the judge issuing the permanent order. The plaintiff may also request to dismiss the temporary order at the final hearing date, which also means that any new restraining order proceeding requires some new instance for which the order is sought.

Perhaps, after the first FRO, enough time passed and relations thawed between you and the other individual. At that point, you may decide to petition the court to dissolve the order. In deciding, a judge looks to several factors, such as the victim’s free consent to the dissolution, the current relationship of the parties, the defendant’s age, health, alcohol, or drug use, and whether the defendant attended counseling. The court also looks to the defendant’s health, age, and history, for example, whether other restraining orders, domestic violence acts, or contempt orders exist. They also want to ensure that if the plaintiff opposes the motion, they do so in good faith and not for invalid reasons, such as revenge. In making the decision to remove the restraining order or not, any existing or past restraining orders are an important part of the consideration process.

Can you have more than one restraining order against you?

What to do when facing multiple restraining orders in New Jersey

When facing repeated restraining orders, it is all the more crucial to protect your interests and ensure you can present your side of the story. Since the consequences are many and lifelong, you need skilled legal counsel to defend you against a restraining order, especially if you have prior restraining orders against you. Based on the evidence in your case, it may be possible to show the plaintiff’s wrong motives in bringing a second FRO, perhaps for revenge, rage, or jealousy, or to cast doubt on their supporting evidence.  The highly qualified restraining orders attorneys at The Tormey Law Firm know the laws in this area inside and out, as we have successfully handled thousands of these cases across the state of New Jersey. To receive a free and confidential consultation, contact us at (908)-336-5008 today.