Can You Get a Restraining Order Against a Stalker You Don’t Know in New Jersey? 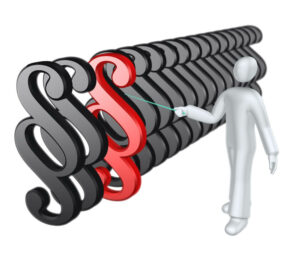 Today in New Jersey, if your ex-partner stalked you, you could go to court and get a restraining order. The Prevention of Domestic Violence Act of 1991 allows legal protection to a victim of domestic violence by a person they are or were intimate with, such as spouses, lovers, dates, housemates, or a parent to their child. Likewise, a sexual assault victim may seek a protective order against their alleged attacker. However, an individual may not seek court protection from a stranger who stalks them and threatens to harm them. At present, New Jersey legislators are considering passage of a bill allowing victims of assaults, stalking, harassment, and other offenses to seek a restraining order against a perpetrator, regardless of their relationship to the offender.

Legislators from both sides of the aisle reintroduced the 2020 bill to the Senate Judiciary Committee for action. The bill aims to take restraining orders out of the exclusive realm of domestic violence cases and expand them to apply to strangers.

Who does Current Restraining Order Law Apply to in NJ?

Even though restraining orders currently protect victims of crime, the victim does not have to file criminal charges against their assailant to get legal protection in domestic violence cases. They can petition the Family Court for a restraining order after providing minimal evidence of violence or other abuse by an individual with whom they have or had an intimate relationship.

A restraining order protects a victim against further abuse or harm upon proof that the alleged perpetrator committed violence or another offense. Since the victim need only provide enough evidence to support their claim, they can get a restraining order a lot easier than if they had to prove a crime. The burden of proof in civil matters is not as high as it is for criminal convictions. A petitioner need only convince a judge by a preponderance of the evidence, meaning it is more likely than not that the defendant committed the alleged acts. This stands in stark contrast to the beyond a reasonable doubt standard required or cases in criminal court.

Upon granting a restraining order, a judge orders the named defendant to stay away from the petitioning victim and their family members but can also make other orders. For example, a restraining order may include a child support and custody order. It may also require the defendant to turn over property and money to the petitioner and they will be required to turn in any firearms they have. It may prohibit the defendant from seeing their children at their home or school.

If the Offender Isn’t a Relation, Can You Still Obtain a Restraining Order in NJ?

If the offender who stalks, harasses, or assaults another is not intimately related, the victim cannot get a restraining order. Their only recourse is to file a criminal complaint against the alleged perpetrator or wait until the offender’s conviction on similar charges. And that does not prevent the criminally accused from stalking or harassing their victim while the criminal process continues. In fact, criminal charges may enrage the offender and escalate the offenses.

What is the Boyfriend Loophole in New Jersey Restraining Order Laws?

Proponents of the bill are trying to close a loophole in New Jersey law that allows a stalker to send hundreds of vile, threatening, or explicit emails in a month to their victim or call them at all hours of the night, as long as they are a stranger. If an ex-roommate did the same, they would be the target of a restraining order, possibly losing their rights to own firearms or their job. Moreover, the number of victims without effective recourse is significant. According to a Centers for Disease Control and Prevention national survey, 1 in 3 women and 1 in 6 men are victims of stalking at least once in their lifetime.

Though proponents acknowledge the increased potential for abuse with such legislation, most believe it is still a necessary addition to New Jersey law to protect the public against potential violence. Domestic violence restraining orders may also be weapons for revenge against jealous lovers or vengeful spouses, but that does not negate the fact that they are necessary and many, if not most, cases. The new law would allow a stalking victim to show the police emails, texts, and other evidence of stalking to the police to get a temporary restraining order.

What May Happen if the Law Allowing Restraining Orders Against Strangers is Passed in NJ?

While the proposed bill helps those with few options to stop harassment, threats, and stalking, the increased Family Court restraining order cases may strain the superior courts and even jeopardize domestic violence victims’ timely access to emergency temporary restraining orders. The difference between a spouse beaten with a baseball bat and a stalking victim is clear. Both are examples of vicious crimes, but one is more imminently life-threatening, requiring immediate protection from future violence.

In addition, the new law may increase the number of false accusations against despised neighbors and co-workers. All an individual determined to ruin someone’s life must do to get a restraining order is present evidence of harassment or stalking to the police or a superior court judge. The evidence may be witness testimony and documentary, such as emails or texts, or recordings, such as phone messages. Without context, a judge could read one-sided texts that suggest harassment or threats. The texts may be one side of a two-way argument between co-workers or school peers.

In other words, more restraining orders may open the door to more protection for those who need it, but also more innocent victims of abusers of the legal system. Defendants named in domestic violence restraining orders need legal representation to protect them from unfair or false accusations that can lead to serious restrictions with severe consequences for a restraining order violation. Contacting our team of attorneys to oppose a final restraining order in court is wise, given the order is permanent and potentially lifelong.

Questions about a Restraining Order with a Stranger in NJ? Call The Tormey Law Firm

Contact The Tormey Law Firm for informed, engaged, and up to the moment legal guidance on how to handle your restraining order case and what an exceptionally qualified team of attorneys such as ours can do to act on your behalf. Call for a no-cost, confidential consultation at (908)-336-5008 today.

For additional information, visit the following: