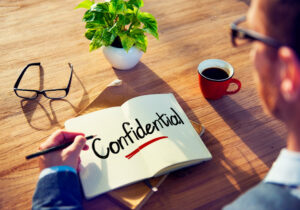 Sexual assault cases are clearly serious issues in New Jersey. With the victim’s physical and psychological interests in mind, as well as the needs and rights of the defendant to defend their innocence in a court of law, there can be complex and difficult issues surrounding victim confidentiality. Especially considering the defendant’s right to know the details of the accusations they face. A recent ruling by the New Jersey Supreme Court establishes a framework to balance competing constitutional and legal interests when courts consider protective orders withholding a sexual assault victim’s address from the defense. Considering discovery rules that protect the rights of both victims and defendants in sexual assault criminal cases, the New Jersey Supreme Court, in State v. Ramirez, set forth the procedure for prosecutors to protect a sexual assault victim’s address. The Court held that prosecutors must specify why a victim’s address needs to remain undisclosed to a sexual assault defendant in a sworn statement from the victim.

If  you have a sexual assault criminal or restraining order case in New Jersey, contact our experienced lawyers today to discuss your case. Our law firm represents victims and defendants in all aspects of sex crime cases, including in the Superior Court, Criminal Division and the Superior Court, Family Division in Hackensack, Paterson, Jersey City, Morristown, Newton, Freehold, New Brunswick and others across New Jersey. If you are in need of a dedicated, compassionate, and aggressive lawyer to protect your interests, our legal team is ready and able to do so. Call a trusted sex crimes attorney today at (908)-336-5008 contact our firm online to set up a free consultation.

In this important decision, the NJ Supreme Court held that prosecutors must specify why a victim’s address needs to remain undisclosed to a sexual assault defendant in a sworn statement from the victim. On the other hand, the Court acknowledged a defendant’s right to prepare a defense and confront witnesses against them. As such, the Court ruled that a trial court must permit a defendant to counter a prosecutor’s protective order motion with reasons for obtaining the address. After both sides present their arguments, a trial court may fashion a compromise that protects the victim from threats and harassment and allows the defendant to confront a critical witness to prepare for trial.

The Court grappled with balancing the rights of victims and defendants in sexual assault cases. New Jersey has several legislative acts to protect the privacy, dignity, and rights of victims, demonstrating that the state has a sound policy to avoid further harm to victims through harassment, threats, intimidation, and exposure. The Court noted that a state court considering the balance between the rights of both parties should indulge the victim’s wishes. However, if the Court can craft a safe, supervised path to obtaining information from the victim for the defendant without endangering them, the Supreme Court sanctioned such an approach.

In State v. Oscar Ramirez (A-1-21) (085943), decided November 21, 2022, the Court considered an appeal from the Appellate Court’s decision to reverse the trial court’s decision. The trial court allowed defense counsel and their investigator to have the sexual assault victim’s address if the victim agreed to an interview. The judge allowed the defense counsel or their investigator, not the defendant, to contact the victim at her home to request an interview, despite the prosecutor’s motion to protect the victim’s wishes for privacy.

Before discussing the various discovery and victim protection laws, the Court frames the decision as a balancing of the rights of sexual assault victims to refuse to be investigated and enjoy the safety of their own home against an accused’s right to a competent defense, confront witnesses, and due process. The Court mentioned that interviewing a victim may be essential to prepare an adequate defense, anticipating the victim’s version of and demeanor regarding the event.

The facts of the case are relatively straightforward in State v. Ramirez. Ramirez sexually assaulted a 23-year-old in a cemetery late one night, threatening her with a box cutter to keep her quiet. A police investigation and interrogation identified Ramirez as the attacker. In a discovery exchange, the prosecutor supplied documents with the victim’s former and current addresses removed and refused to provide the addresses, relying on Rule 3:13-3(e) for the protective order motion. The motion included a sworn declaration regarding the victim’s reluctance to participate in an investigation and reveal her address. However, the defense objected to the statement as it was not the victim’s declaration and argued that the defense must have the victim’s contact information even if the defendant did not get that information. The trial court ordered the prosecutor to provide the victim’s address to counsel, not his client.

The Appellate Court reversed the trial court’s decision, ruling that investigating the victim at her home was an invasion of privacy. The New Jersey Supreme Court agreed with neither Court because neither fully addressed the interests of each party. Beginning with Rule 3:13-3, the Court reiterated that New Jersey allows broad discovery exchanges between the state and defense, including a victim’s address if relevant to the issues. However, the Court qualified that defendants’ rights do not extend to fishing for evidence without relevance to the case issues nor to intimidating, harassing, or embarrassing a victim.

Again, repeating the policy behind discovery exceptions, the Court wrote that to prevent witnesses’ and victims’ reluctance to participate in judicial proceedings, a prosecutor can make a protective order motion to deny the defense certain discovery items, including the victim’s address. Ultimately, the trial court considers the entire circumstances in weighing whether good cause exists to protect the victim/witness against harm and threats. After reviewing the various protections for sexual assault victims, the Court turned to defendants’ constitutional rights to defend themselves robustly against state evidence.

Constitutional Rights of Defendants Accused of Sexual Assault in NJ

The Sixth Amendment to the US Constitution allows defendants the right to counsel and effective preparation for defense, including interviewing witnesses. The Confrontation Clause of the Constitution protects a defendant against prosecution by unreliable evidence; thus, a defendant can cross-examine witnesses to find their biases and weakness so that the state may not use tainted or untrustworthy evidence to convict an accused. They also may assess the credibility and demeanor of a witness. And finally, the Fourteenth Amendment guarantees due process of law to those at risk of losing their life, liberty, or property.

After extensive consideration of the collective rights of the parties, the Court noted that asking for a witness’s name and address begins the credibility assessment but also stated that a witness’s address is sometimes critical, but is not an absolute defense right.

A protective order is a vehicle to safeguard a victim’s privacy in a sex crime case. Procedurally, the Court ruled that a protective order under Rule 3:13-3e must contain the victim’s sworn statement that they do not want their address revealed. The defense may counter with ways to safeguard both the victim and the accused. For example, the defense counsel may make a written request for the address to the prosecutor, a judge may interview the victim in chambers, or the defense counsel may conduct a phone interview with the victim.

The trial court can then rule on whether good cause exists for a protective order and the conditions for protection if granted. The New Jersey Supreme Court instructed that trial courts lean in favor of a victim’s privacy rights after a traumatic event. As such, an interview at the victim’s residence requires advance notice to the victim and approval of the Court. The Court then remanded the case to the Superior Court to reexamine the order considering their ruling.

After Ramirez, the trial court must give sexual assault defendants’ constitutional rights to fair trials more significant consideration in the discovery phase. The case protects defendants in sensitive issues, like sexual assault, from state abuses in withholding information critical to their defense. For strategic purposes, a prosecutor may not swear to the victim’s wishes for privacy and participation in the judicial process. The victim must explicitly state under oath that they are unwilling to provide the defense with specific information. And though the trial court must indulge the victim’s wishes, they can likewise compromise to support the rights of victims and defendants. Spotlighting defendants’ rights in Ramirez allows defense counsel ammunition to argue for sexual assault defendants’ rights to obtain discovery and creatively address solutions to conflicting party interests.

Dealing with Victim Confidentiality Issue in a Sexual Assault Case in NJ, Now What?

If you have been accused of a sex crime in New Jersey, or you are the victim seeking to protect yourself against possible harm and further emotional trauma, you may be impacted by issues of whether or not the defense has the opportunity to know the victim’s address. Addressing your unique situation with an attorney experienced in sexual assault and other sex offense cases, as well as sex crime restraining orders, is absolutely crucial. Based on the circumstances, the facts of the case, your goals and individual needs, your NJ sex crime lawyer can help argue to obtain all of the information and interview witnesses that may be relevant for your defense, aggressively defend your right to due process, fight for your innocence in criminal court, and defend you against a sexual assault restraining order that has been filed against you.

If you are in need of assistance with getting a sexual assault restraining order to further protect yourself as a victim, having an informed sex crime protection order lawyer on your side can go a long way toward easing your concerns, ensuring a smooth process, and demonstrating the need for a restraining order in court. To talk to an attorney about your sexual assault or other sex crime case in New Jersey, contact us at (908)-336-5008. Your consultation is entirely confidential when you speak with a lawyer on our team, so do not hesitate to contact us for a free consultation.