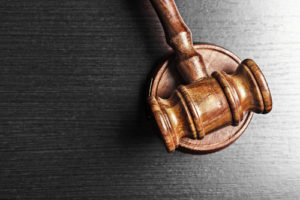 Authorities have reported that a former Neptune Township police sergeant gunned down his ex-wife as she sat helplessly in the driver’s seat of her car. Even more alarming is that the sergeant had an internal affairs file that was nearly 700 pages and had been asked to stay on the force even after he offered to retire.

Do you need a lawyer for domestic violence criminal charges or a restraining order case in Monmouth County? We can help. Contact us anytime for a free consultation.

Sergeant Philip Seidle – who had already served two suspensions for domestic violence and briefly had his service weapon taken away – allegedly used his weapon to fire a dozen shots into his ex-wife, Tamara Wilson-Siedle, in broad daylight on an Asbury Park street on June 16, 2015. The heinous acts occurred three weeks after the couple had gotten divorced, ending a 23-year marriage. Sergeant Seidle reportedly chased his ex-wife as she drove through Asbury Park, eventually ramming her car at the intersection of Ridge Avenue and Sewall Avenue. Sergeant Seidle then got out and allegedly fired eight rounds through his ex-wife’s driver’s side window. Two minutes later, in the presence of several Asbury Park police officers, Seidle reportedly fired off another four rounds through her windshield. The couple’s youngest daughter, who was riding with her father, escaped into the hands of police.

Sergeant Seidle pleaded guilty on July 15, 2016 to aggravated manslaughter and child endangerment and was sentenced to 30 years in NJ State Prison. Additionally, a lawsuit was filed against the sergeant and the Neptune Police Department by Seidle’s nine children. According to the civil complaint, from 2012 up until the date of the shooting, there were at least 12 documented domestic violence incident calls to police from Wilson-Seidle. On top of that, Sergeant Seidle went to see a police psychologist, who reportedly declared him unfit for duty. A year later, however, his service weapon was returned to him. Further, a probe by the Monmouth County Prosecutor’s Office noted that authorities returned Seidle’s service weapon after seeking permission from Tamara Wilson-Seidle. The lawsuit alleges that Sergeant Seidle threatened to “use physical force and assault her if she complained or took any action to create problems for him at the job, that she would suffer grievous harm as a result including financial ruin.” Lastly, less than a year before the shooting, beset by the ongoing trouble with Wilson-Seidle, Seidle reportedly offered to retire. “But instead of accepting his resignation,” the lawsuit states, “knowing of the explosive nature of the couple’ confrontations and the history of domestic violence and prior discipline, the Neptune Police gave Seidle a free pass and asked him to stay.”

A wrongful death claim in New Jersey may be pursued when a person’s death is caused by the wrongful act, neglect, or default of another. In order words, a wrongful death lawsuit requires proof of negligence. To establish negligence, four elements must be shown: