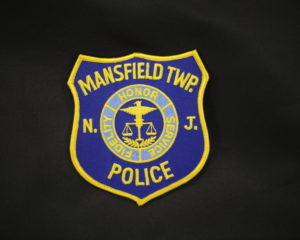 Murder suicide scenarios are devastating to a family and a community. Here is a recent story regarding a domestic violence murder suicide which occurred in Ocean County.

A sad story concerning domestic violence against the elderly recently made headlines. The story centers on Beverly and Ernest Greaves, an elderly married couple in Manchester Township in Ocean County, New Jersey. On May 6, 2018, tragically following a 911 call, the couple was found dead in their home. According to authorities, Beverly was found bludgeoned with a hammer and Ernest was found dead as a result of shooting himself with a firearm.

The murder-suicide shocked the couple’s neighbors. Experts stated that many people do not view domestic violence as an elderly problem. Many believe that domestic violence only involves younger people. Officials said that the domestic violence may have been happening for years and decades throughout the marriage. Also, the abuse could be new – the result of late-in-life changes in the relationship such as retirement or severe illness.

Research shows that an estimated 750 to 800 elderly people die each year in murder-suicides, said Donna Cohen, a psychologist and professor at the University of Southern Florida. Cohen was the first to study the characteristics of murder-suicides in older populations in the 1990s. Cohen added that New Jersey has a higher rate of such deaths among the elderly than most other states. In fact, New Jersey ranks in the second quarter of states nationwide, behind states such as Pennsylvania and Florida, where the average age of the population is older. Also, about 70 percent of murder-suicides among the elderly involve caregiver stress, usually with untreated depression, and the other 30 percent arise from domestic violence, Cohen said. “These are not mercy killings,” she noted. “These are events perpetrated by people who are overwhelmed as caregivers or have a history of domestic violence.” Cohen went on to state that, in some cases, a husband who has been a lifelong caregiver finds himself facing his own dementia, cancer, or heart disease and concludes that he can no longer fulfill his caregiving role, He senses that his relationship with his wife is going to be broken through separation or institutionalization, and in his depression and anxiety he can’t see a way forward.

In general, homicide in New Jersey is broken up into several offenses: Murder, Manslaughter, and Vehicular Homicide. Murder is the most serious crime of the three. A person will be found guilty of murder if he or she knowingly or purposely causes the death of another. If convicted, the perpetrator faces 30 years to life in prison.
A person can be convicted for manslaughter if the accused recklessly causes the death of another or acts in the heat of passion due to reasonable provocation. A manslaughter conviction carries with it a prison sentence of between 10 and 30 years.

Vehicular homicide arises if a person causes the death of another by recklessly operating a vehicle or vessel. Generally, a person convicted of vehicular homicide is subjected to 5 to 10 years in prison. However, an individual may be subject to 10 to 20 years in jail if they were operating a vehicle or vessel under the influence of alcohol while in a school zone.

Lastly, assisted suicide is a criminal offense in New Jersey. A person who purposely aids another to commit suicide is guilty of a crime of the second degree if his conduct causes such suicide or an attempted suicide. Second degree offenses carry a prison sentence of 5 to 10 years. In all other situations involving assisted suicide, the offender faces a fourth degree charge that can result in a prison term of no more than 1.5 years.

If you’ve been charged with domestic violence homicide, or any other domestic violence offense, in Newark, Morristown, Hackensack, or anywhere else in NJ, you need an experienced New Jersey criminal attorney on your side.