Mother files a Restraining Order against her son in Union County, case dismissed at Trial 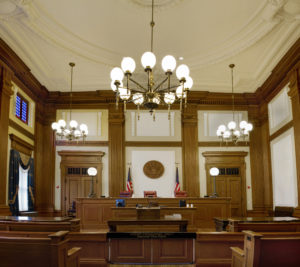 If the Judge issued the final restraining order (FRO), our client would be removed from his residence permanently. He would be fingerprinted and placed into a statewide database for domestic violence offenders. This could effect his job, professional licenses, schooling, and traveling in and out of the country. Finally, he would be prohibited from owning or possessing firearms.

When we reviewed the restraining order, it was very clear that there was no domestic violence in this case. Our client and his mother were essentially arguing over trivial matters related to their residence. As a result, we had no concerns about prevailing at trial. And that’s exactly what we did. The Judge heard all of the evidence in the case including the testimony of the plaintiff and our client and determined that no acts of domestic violence occurred in this case. Therefore, he dismissed the temporary restraining order against our client.

Since our client was not arrested or charged with anything, there is no record of this TRO that needs to be expunged. If you or a loved one needs assistance with a domestic violence restraining order matter in Elizabeth NJ, contact our offices now for a free initial consultation.