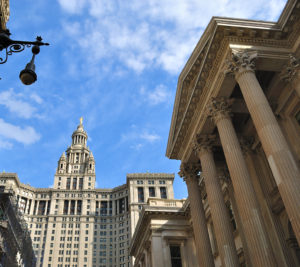 The restraining order attorneys at the Tormey Law Firm have handled domestic violence and restraining order cases for both plaintiffs and defendants. No matter your domestic violence situation, the experienced attorneys at the Tormey Law Firm are here to help you with your restraining order case in Union County including in Westfield, Scotch Plains, Linden, Berkeley Heights, Kenilworth, and New Providence. Contact our offices now for immediate assistance at (908)-336-5008. The initial consultation is always provided at absolutely no cost to you.

The Tormey Law Firm has represented at least a half-dozen (6) clients with domestic violence restraining orders in Union County already in 2022 as of the middle of April. In fact, we have had several trials there just in the last few weeks. There are two judges handling most of the domestic violence calendars – Judge Roberts and Judge McDaniel. Judge Roberts is handling all of his cases “in person” while Judge McDaniel is handling all of his cases virtually on Zoom. This is important to know because it effects how you need to handle your case and if you need to upload your evidence beforehand to a dropbox so the court will have access to it for your virtual trial.

If your trial is in person, you just need to print out all of your evidence so you have hard copies and can provide it to the court during the hearing. The Judges do not want to look at text messages or emails on your phone in court. These should be printed and available to the court when you are there having your domestic violence restraining order hearing. On the other hand, if your case is being handled virtually, you need to upload that evidence online to the court’s website dropbox they will provide to you so that the Judge can access it that way. Evidence in restraining order trials can include the following:

Here is a review from one of our many satisfied restraining order clients:

“Upon consultation I hired Travis Tormey to defend me in a very emotional and scary time of need where I was facing a potentially devasting FRO. Travis was knowledgeable, comforting, and most importantly confident. THIS GUY KNOWS THE LAW! Watch his YouTube clips, read his reviews, and simply call him to discuss your case. I did and was so impressed with his amazing win in court. Don’t go into court without this guy in your corner. Consulted, hired, and successfully had my day in court. Thanks for everything, I hope I never need a defense attorney again, but if I do, Travis Tormey is the only lawyer I would use. All 5 stars !” – Posted by Aaron

What happens once on a temporary restraining order (TRO) is issued?

Once the restraining order is filed, can it be amended?

Yes. If the plaintiff hires an attorney and realizes they should have included more information in the original restraining order, it can be amended. This is done with the court and must be approved by a Judge. Then, the defendant must be served with the new amended restraining order so they have notice of the allegations and a meaningful opportunity to defend themselves in court at the trial.

What happens when we appear in court?

Once the parties appear in court, the Plaintiff essentially has three (3) options: First, he or she can dismiss the order. If they wish to dismiss, they must speak to domestic violence counselors to confirm they are dismissing the restraining order freely and voluntarily and that no one is threatening or forcing them to do so. They must then sign off on some paperwork that they understand their rights and then dismiss the TRO on the record with the Judge.

Last, the plaintiff can proceed and try to get a final restraining order which is permanent in New Jersey and never expires. The hearing will be conducted before a Superior Court Judge in the Family Division. The parties will testify, admit any evidence they have such as emails, voicemails, text messages, police reports, hospital records, pictures of injuries, etc.

If the Judge does not find enough evidence for the restraining order, the case will be dismissed. If the Judge finds sufficient evidence, the final restraining order will be issued. The defendant will be fingerprinted and placed into a database for domestic violence offenders. He or she will be prevented from having any contact with the plaintiff. If the order is violated, the defendant will be arrested and charged with contempt of court. On a 2nd contempt violation in New Jersey, the defendant must serve a mandatory jail sentence.

If the restraining order is dismissed, can I expunge it?

Is a Criminal Charge separate from the Restraining Order?

Yes. If you were arrested and charged criminally with a specific domestic violence charge such as simple assault, aggravated assault, stalking or terroristic threats, those criminal charges are completely separate and apart from your restraining order. They will be handled in a different court with a different standard of proof. The criminal charges must be proven “beyond a reasonable doubt” and will be prosecuted by the prosecutor for the State of New Jersey. The restraining order, on the other hand, is a civil matter so the standard is “by a preponderance of the evidence” which is more likely than not.

How to remove an old restraining order in Union County Court?

You may be eligible to file a motion to have a final restraining order (FRO) removed in the Union County Superior Court that was issued against you in the past. This is known as a Carfagno motion based on the case of Carfagno v. Carfagno which allows a defendant to apply to the court to remove a restraining order after some time has passed and there has been a significant change in circumstances such that the original restraining order is no longer required. Some of the factors the Judge will consider include the following:

LEGAL SERVICES FOR VICTIMS OF DOMESTIC VIOLENCE IN UNION COUNTY

HOW DO I FILE A RESTRAINING ORDER IN UNION COUNTY

If you are the victim of domestic violence in Union County, you can request a temporary restraining order at the Union County Superior Court Domestic Violence Intake Office located in the Annex Building behind the main courthouse. The Domestic Violence Intake Office takes complaints related to restraining orders from 8:30 a.m. to 3:30 p.m. Anytime before 8:30 a.m., after 3:30 p.m., on weekends, or holidays a complaint for a temporary restraining order can be filed at the local police department where the victim of domestic violence resides, where the defendant resides, or where the domestic violence occurred. Click here for the contact information for local police departments in Union County.

Here is an example of a real case we handled for a domestic violence victim in Union County court and obtained a final restraining order (FRO) for her.

How to Appeal a Final Restraining Order in Union County NJ

If a final restraining order (FRO) was issued against you in Union County court, you have the right to appeal the Judge’s decision to the Appellate Division in Trenton, NJ. The appeal must be filed within 45 days of the issuance of the final restraining order (FRO). There are a number of challenges you can make to the Judge’s decision including the following: