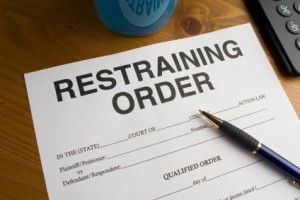 To discuss your restraining order and domestic violence case in Denville or another municipality in the Morris County area, call us now at 908-336-5008 for a free consultation.

In this case, both parties were represented by attorneys, which enabled a discussion to take place prior to trial in an effort to come to a civil restraints agreement about how the parties would interact, or not interact, going forward.  A civil restraints agreement is essentially a contract between the parties that controls how they will communicate.  In most cases, the agreement is simple: the parties will have no more contact.  Generally, the plaintiff no longer wants to have any contact at all from the defendant. But in this case, the family dynamic was different.  The parties were not getting divorced and they have children to care for and a home to maintain.  Thus, we crafted a detailed agreement outlining how the parties would handle responsibilities at home while staying in separate parts of the house: this afforded both parties with privacy and place of their own to go and be left alone while still being able to be there for their children and maintain the family home.

What if the Plaintiff Refuses to Dismiss a Restraining Order in Denville NJ?

If the person who files a restraining order in Denville, New Jersey, is unwilling to dismiss the case outright or enter into a civil restraints agreement, then the case will proceed to a trial. A restraining order trial in Morris County Superior Court or another Family Court in New Jersey is unique in its process and the elements that must be satisfied before a judge will decide to issue a permanent order of protection. Unlike criminal cases, which must be proven beyond a reasonable doubt, restraining order cases must be proven by a preponderance of evidence. This is typical for other civil legal matters as well.

Both the plaintiff and the defendant involved in a domestic violence proceeding may wish to retain an experienced lawyer, but one is not afforded by the state, as is the case when a person is facing criminal charges and qualifies for a public defender. Nevertheless, the outcome in a restraining order case can prove highly valuable to preserve and protect the victim, or equally damaging for the defendant if the allegations in the complaint for domestic violence are false. For instance, if you have been accused of harassment, stalking, aggravated assault, criminal mischief, or another act of domestic violence, the punishments for a criminal offense are issued separate and apart from a final restraining order.

If an FRO is issued against you, you may have immigration issues if you are not a permanent US citizen, you will be forever prohibited from possessing firearms and other weapons, you may face changes with child custody or visitation, and your information will be documented and maintained by the state. Clearly, domestic violence restraining order matters must be taken very seriously and you are best advised to consult with a lawyer about the best way to get your case dismissed.