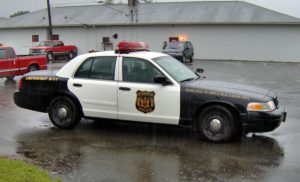 Additional details have surfaced regarding the Sussex County police officer accused of domestic violence crimes. The Ogdensburg police sergeant in this case has been accused of choking and twisting his wife’s neck multiple times before telling her that he would ruin her life and kill her if she alerted law enforcement. Initially, the officer was charged with simple assault; however, after further review, the Sussex County Prosecutor’s Office filed additional charges of assault by recklessly obstructing the breathing or blood circulation of a victim and terroristic threats. After the alleged domestic violence incident, responding officers also reported that they were pushed and shoved by the defendant – this led to criminal charges for fourth degree aggravated assault on a law enforcement officer.

This case falls within the purview of New Jersey’s Prevention of Domestic Violence Act (“PDVA”) due to the relationship between the victim and aggressor, as well as the perpetrator’s alleged conduct. The PDVA sets forth 19 different predicate crimes of domestic violence at N.J.S.A. 2C:25-19 (1) through (19): homicide, assault, terroristic threats, kidnapping, criminal restraint, false imprisonment, sexual assault, criminal sexual contact, lewdness, criminal mischief, burglary, criminal trespass, harassment, cyber-harassment, stalking, criminal coercion, robbery, contempt of a domestic violence order, and any other crime involving risk of death or serious bodily injury. Thus, in this case, the alleged assault and terroristic threats would permit the victim to apply for a temporary restraining order (TRO) in proceedings separate and apart from the criminal prosecution.

Accused of Domestic Violence in Ogdensburg? We Can Help