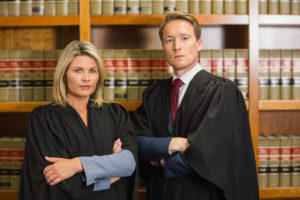 Have you been served with a false restraining order for harassment in Newark NJ? Contact us now for help.

Domestic violence allegations in New Jersey often lead to two separate cases – one that proceeds in family court pursuant to the Prevention of Domestic Violence Act (“PDVA”) and one that proceeds in either municipal or superior court pursuant to New Jersey’s Criminal Code.  This is because of the broad definition of domestic violence in New Jersey.  In fact, the PDVA sets forth nineteen different crimes of domestic violence at N.J.S.A. 2C:25-19 (1) through (19): homicide, assault, terroristic threats, kidnapping, criminal restraint, false imprisonment, sexual assault, criminal sexual contact, lewdness, criminal mischief, burglary, criminal trespass, harassment, cyber-harassment, stalking, criminal coercion, robbery, contempt of a domestic violence order, and any other crime involving risk of death or serious bodily injury.

When it comes to allegations of harassment in New Jersey, N.J.S.A. 2C:33-4 sets forth that a person commits a petty disorderly persons offense if, with purpose to harass another, he: a. makes, or causes to be made, a communication or communications anonymously or at extremely inconvenient hours, or in offensively coarse language, or any other manner likely to cause annoyance or alarm; b. subjects another to striking, kicking, shoving, or other offensive touching, or threatens to do so; or c. engages in any other course of alarming conduct or of repeatedly committed acts with purpose to alarm or seriously annoy such other person.  Thus, there are many situations that can be deemed domestic violence that will lead to two separate court cases.

In this case, we reached an agreement with the Plaintiff to dismiss the restraining order in Essex County Court, family division. She spoke to domestic violence counselors who confirmed that she understood her rights and was dismissing the case freely and voluntarily.

Then we appeared in Bloomfield Municipal Court to deal with the harassment criminal charges. It’s up to the prosecutor, police officer, and Judge how the criminal charge is resolved but with significant input from the alleged victim. The victim did not want to proceed and without her cooperation the State would be unable to prove the case beyond a reasonable doubt. As a result, the criminal harassment charge was dismissed.