What if the Victim Wants to Drop a Domestic Violence Case in NJ?

How does a Person Drop a Domestic Violence Case in New Jersey? 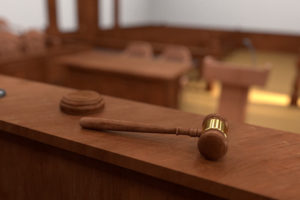 If you have questions about dropping a domestic violence case in New Jersey, contact our attorneys right away at (908)-336-5008 for personalized guidance regarding your individual situation. Our skilled team of NJ domestic violence lawyers have successfully assisted thousands of people in cases involving domestic violence charges and restraining orders across the state and we are here to help you. Call today for a free consultation and learn more.

After a victim decides to proceed with a temporary restraining order, this starts a formal process in court that is often difficult to stop, even if the victim ultimately decides to remove themselves from the case or to try to drop the allegations. After a TRO is ordered, law enforcement officers deliver a notice about the order and the date of the final hearing to the accused party. This hearing is usually scheduled no later than ten days after the issuance of the TRO. Although you may choose to reconcile with or not pursue a restraining order against someone, it is up to you to go about the process of requesting that the restraining or be dismissed. This must be done through the court process.

Dismissing a Restraining Order Against Someone in New Jersey

A victim’s desire to drop a TRO does not mean that this is automatically what happens in the case. In order for a TRO to be dismissed, the victim must fill out paperwork, go to court, usually attend a meeting with a domestic violence counselor, and then let the case go before a judge. In New Jersey, restraining orders are civil matters handled at the county Superior Court in the Family Division. Dropping a “no contact” order might be handled separately, since this might have been created in association with criminal charges, rather than the civil matter of the TRO.

Many victims wrongly believe that restraining orders automatically expire if and when the accused party and the victim choose to reconcile. Even if both parties come into contact willingly while a TRO is in place, the accused person can still face criminal charges for violating that order. The TRO will last until a court order either removes it or instead, transfers it to a final restraining order. The victim can show up at the final restraining order hearing and testify as to why he or she wants to drop the order, but this still requires meeting with a domestic violence counselor in the vast majority of cases. Following that conversation and acknowledgment about what was discussed in that meeting, a victim can sign paperwork indicating their wish to dismiss the restraining order. It is important to note that in certain situations, such as when the victim is represented by an attorney, they may not be required to meet with a domestic violence counselor before getting the restraining order dismissed.

When attempting to dismiss a final restraining order on the wishes of the victim, the victim must again go to court and request that the court dismiss the old restraining order. This requires a motion requesting a court date to complete such an action, as there will be no pending court hearing associated with the FRO after the order has been issued by the judge. The judge does have discretion in determining whether or not the permanent restraining order will be dropped, although most reasonable arguments made by the victim will be taken into consideration with the judge’s decision.

In the event that criminal domestic violence charges were also filed at or around the time of a TRO, the prosecution might still choose to proceed with the case on their own. This is true even if the victim expresses their wishes to remove the TRO or drop the FRO, as the restraining order is a civil matter and is handled in a different court. The criminal courts might believe there is strong enough evidence to convict someone of domestic violence charges, regardless of the victim’s concerns. In other words, if a person is charged with aggravated assault, terroristic threats, criminal mischief, or another crime of domestic violence in New Jersey, it is up to the prosecutor handling the case to decide whether or not to proceed with the charges. If, for example, the victim is badly injured or the evidence against the defendant is substantial, the prosecution may seek to convict without the victim’s cooperation.

A victim can still choose to proceed with requesting that the court drop a TRO or dismiss an FRO once orders these have been issued, but this does not mean any criminal case is over automatically. Getting an experienced domestic violence defense lawyer involved as soon as possible is imperative if you are seeking to get domestic violence charges dropped in New Jersey, as these cases are taken very seriously and the implications for those accused can be damning.

Want to Drop a Domestic Violence Case? Consult a NJ Lawyer who can Help

If you are seeking to get a domestic violence criminal or restraining order case against someone else dropped and you are the victim, it is imperative to seek legal counsel from an attorney who can advise you of, and aggressively advocate for, your rights. Having representation as a victim seeking to drop a restraining order or get criminal charges for domestic violence against your loved one dismissed is extremely beneficial. You should know and understand all of your options and have an experienced professional who can walk you through the process every step of the way. Contact us at (908)-336-5008 to speak with a domestic violence lawyer in NJ about your case. We provide consultations free of charge and are available immediately to assist you.