Timing of Communications and Contempt of a TRO in New Jersey

Can You be Charged with Contempt of a Temporary Restraining Order for Communications Sent before the Order was Served?

When it Comes to Contacting the Plaintiff in a Restraining Order Case, Timing is Everything 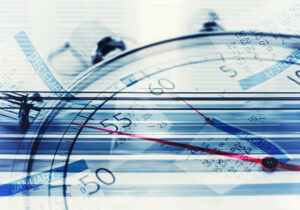 When a victim of domestic violence needs protection right away, they seek a temporary restraining order from the family court. The order prohibits the restrained party from contacting the victim upon being served with the order, and in the order, the court spells out which contact is not allowed. For example, the usual order forbids the named defendant from all contact or communication, written or oral. As such, they cannot text, call, email, or appear at their home, work, or other places the protected party appears or risk being in contempt of court. However, a recent New Jersey Superior Court case, State of New Jersey vs. J.T. clarified whether a restrained party violates a temporary restraining order if they initiated contact with the protected party before service and entry of the temporary restraining order (TRO).

The Case that Posed the Question

The case involved one J.T. who ordered flowers and a card for the protected party a week before the entry of the TRO, with instructions for the florist to deliver them over three weeks later, a day before Valentine’s Day. In essence, J.T. ordered the flowers and card one week before receiving the TRO. Three weeks after the TRO, the florist delivered the flowers to the protected party, who called the police. The police charged J.T. with contempt. At the hearing, the defendant testified that after receiving the TRO, he verified the date of the floral arrangement order, which was before the entry of the TRO, and yet, he did not cancel the order. The prosecution insisted that he had an obligation to withdraw the order (and communication) once he received the order after service.

Did the Prosecutor Have Enough to Prove a Contempt Violation?

At the defendant’s contempt hearing, the prosecution claimed the defendant violated the order with full knowledge. In proving contempt, the prosecution must show the defendant purposely violated the order under N.J.S.A. 2C:29-9b(2). The statute clarifies what knowing or purposeful violation constitutes, which is a conscious awareness of the cause and effect of the defendant’s actions and understanding of the consequences of their actions. Violating a court order under New Jersey’s domestic violence law is typically a disorderly persons offense, subjecting the violator to 6 months in the county jail and a $1,000. This applies to violations that do not meet the criteria for other crimes. In other words, a violation that would be a criminal act in and of itself, becomes a fourth degree crime subjecting the defendant to 18 months in prison and a $10,000.00 fine.

The Reasoning Behind the Decision

Referring to prior case law, the court implied the defendant should not have to guess which actions are prohibited and which are allowed. J.T. asserted the rule of lenity, which forbids the state from punishing an individual for crimes not clearly stated in a law or order, applied here. And though the court distinguished between cases where a defendant clearly should know their conduct violates an order, even though a judge did not explicitly write the specific violation in the order and questionable ones. Thus, had J.T. sent the flowers after the TRO, his actions would clearly violate the court order. However, failing to cancel the flower order is not an act the defendant could assuredly assume was a violation. Ultimately, the court dismissed the contempt case.

The Takeaways for Defendants Subject to TROs in in New Jersey

Several considerations are takeaways from the case. The obvious one is that a defendant cannot be in contempt of an order that does not exist. The second one is that a court can expect a defendant named in a TRO to know what behaviors are prohibited by a TRO, even if a judge did not spell out every possible contact. The assumption is that a defendant must not contact the protected party, who has the right to be left alone until such time as either a final restraining order is entered, or the case dismissed. The third is that the rule of lenity prohibits the state from prosecuting an individual for contempt when neither the laws nor the order explicitly orders a defendant to act. What that means for contempt defendants in the future is important. After being charged with contempt for violating a temporary restraining order in New Jersey, timing of contacts and your state of mind are crucial details that may make or break the prosecutor’s case and your defense.

Wondering about Your Communication Before or After a TRO in NJ?

Ideally when you first receive a TRO, or immediately after being accused of violating a restraining order, it is extremely important to contact an attorney who knows these cases inside and out. With thousands of restraining order matters throughout New Jersey successfully handled, our lawyers have achieved a track record that speaks for itself. We can defend you at a final restraining order hearing, after a contempt charge, and also advise you on what you can and cannot do under the specific order against you. Our goal is to use all of our combined 70 years’ experience and deep understanding of restraining order and domestic violence law to serve you in a TRO or contempt action. Call (908)-336-5008 today or get in touch with us through our website for a free consultation.

Previous Parental Alienation when Defending Against Domestic Violence Accusations
Next Can You Have an NDA about a Restraining Order Case in New Jersey?