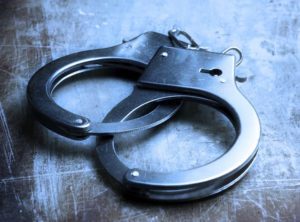 A Sussex County police officer was recently accused of violating a temporary restraining order that was issued after an alleged incident of simple assault. According to First Assistant Prosecutor Gregory Mueller, the Ogdensburg police officer assaulted his girlfriend during an altercation. This resulted in a court issuing a temporary restraining order (TRO) against the suspect. Subsequently, the officer was charged with harassment and contempt for allegedly violating the restraining order by making comments on the victim’s Facebook page. In addition to facing the criminal charges, the officer is also going to be the subject of an internal affairs investigation.

The penalties for contempt of a restraining order depend on whether the defendant is convicted of a fourth degree crime or a disorderly persons offense. Generally, a fourth degree crime is punishable in New Jersey by up to a $10,000 fine and 18 months in prison, while a disorderly persons offense is punishable by up to a $1,000 fine and six (6) months in jail. Under N.J.S.A. 2C:25-30, the PDVA further establishes that any person convicted of a second or subsequent disorderly persons domestic violence contempt offense shall serve a mandatory minimum term of not less than 30 days in jail.

Charged with Violating a Restraining Order in Sussex County NJ? Contact Us Now

Filed under: Violation of Restraining Order

Previous Hawthorne Man Charged with Stalking, Harassment, and Contempt
Next Two Restraining Orders Dismissed in Essex County NJ in Two Days with the Help of the Tormey Law Firm