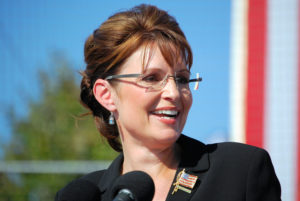 The son of former Alaska governor and vice-presidential nominee Sarah Palin was recently indicted on domestic violence charges for allegedly assaulting his father. According to affidavits associated with the case, there was a physical altercation between Track Palin and his father, Todd Palin, that resulted in a broken window and cuts to Todd’s head. Apparently, a dispute began after Track went to the family’s home to retrieve his truck. When officers responded, Track allegedly began yelling at the officers but was then arrested without incident. This was the second time in two years that Track has been arrested for domestic violence charges: in 2016, he was accused of punching his girlfriend, who then requested a restraining order.

Domestic violence cases in New Jersey often take the same course: a dispute occurs between family members, police respond, and then one of the parties gets arrested. And since January 1, 2017, arrests in domestic violence cases often lead to at least 48 hours in county jail due to New Jersey’s bail reform. During the initial 48 hours after a defendant’s arrest in New Jersey in domestic violence cases, the defendant’s information – essentially the criminal history and nature of the new offense – is analyzed to determine whether the defendant should stay in jail pending trial. In other words: the courts utilize a Public Safety Assessment (“PSA”) to recommend whether the accused should be detained pending resolution of the case. However, regardless of the PSA score, the County Prosecutor can file a pre-trial detention motion asking the court to keep the defendant in jail for the duration of the case. And in domestic violence cases, whether the charges are for disorderly persons offenses or for indictable crimes, the Attorney General’s Guidelines on bail reform and N.J.S.A. 2A:162-19(a)(6) permit the prosecutor to file for detention.

If the prosecutor files a pre-trial detention motion in a domestic violence case within the first 48 hours of a defendant’s arrest, then the clock starts over; within the next 72 hours, there must be a detention hearing in front of a judge in order for the court to make the ultimate decision about whether the defendant should stay in jail. This means that the judge has the final say in whether a defendant accused of domestic violence should be released pending trial or detained in the county jail. At the pre-trial detention hearing, the court will assess the nature of the offense, the defendant’s criminal history or lack thereof, and the general information regarding the defendant such as familial responsibilities, work duties, and educational obligations. Most importantly, monetary bail is no longer part of the discussion.

At the Tormey Law Firm, we have successfully handled numerous domestic violence pre-trial detention motions under bail reform and we have succeeded in getting our clients released even though the prosecutor had requested that our clients stay in jail. When we receive a call that someone’s loved one was arrested for domestic violence, we take fast action: we visit the client in jail to learn about the case, we contact the prosecutor to attempt to negotiate conditions of pre-trial release, and we prepare for court. Then, we appear at the pre-trial detention hearing and zealously advocate for our client’s release. If you or a loved one has been arrested for domestic violence charges, a lot needs to be done in a very short amount of time – don’t hesitate to contact the domestic violence defense team at the Tormey Law Firm.