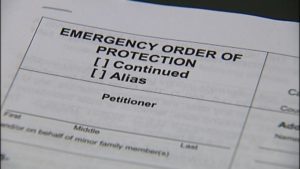 The Domestic Violence defense lawyers at the Tormey Law Firm LLC successfully filed a motion to remove a 2004 restraining order for a client last week in the Passaic County Superior Court located in Paterson, NJ. In New Jersey, once a final restraining order (FRO) is issued it is permanent and never expires. Thus, if you want to have an FRO removed you must file a motion in the Superior Court in the county in which it was issued to attempt to remove it. You must order the transcript of the initial hearing and make an argument to the Judge that there has been a significant change in circumstances since the original FRO was granted such that the restraining order is no longer necessary and should be vacated. In this case, the FRO was granted back in 2004 when our client was in college at William Paterson and the plaintiff was her college roommate.

Some of the other factors courts consider include where the parties reside today (in close proximity or not) and whether or not both the plaintiff and defendant have moved on with their lives (such as marriages and children with other people). In this case, the Judge found that the restraining order from 2004 involving our client and her college roommate was no longer necessary in 2018 and vacated and dismissed the final restraining order (FRO). This was a great result for our client and the Tormey Law Firm.