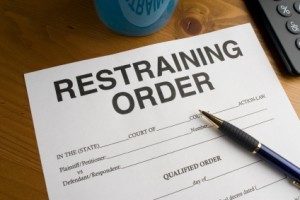 Former New Jersey Assemblywoman Maria Rodriguez-Gregg recently described her experiences as a victim of domestic violence in New Jersey. Rodriguez-Gregg had posted a public message on social media, including a photograph of her bruised face, as part of her process with coming to grips with the incident and getting the help she needed to move on. The assemblywoman stated, “I did the post so that those that are going through it can find maybe some courage or encouragement and support to get help, that it’s not their fault. Go see a therapist, talk about what has happened to you, just for their own health and safety…and for others to understand that this is a very difficult thing for anyone to grapple with. To have empathy and to not support the culture of ‘they deserve it’ and ‘it’s their fault.’” Rodriguez-Gregg explained that she was in a relationship with a man who physically harmed her multiple times and that the trauma she experienced was impacting her everyday life, causing anxiety, depression, and sleeplessness. In her social media post, she directed people to the nonprofits Women Against Abuse and domestic violence services through Providence House Domestic Violence Services.