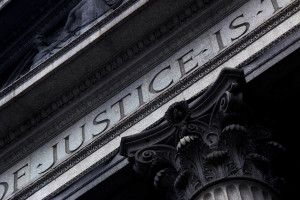 Governor Chris Christie recently signed Bill A-1199, modifying previous law in New Jersey, which only permitted minors to testify through closed-circuit television. Closed-circuit television is a secured video system that allows a person to testify on camera in one location while transmitting the video to television monitors located elsewhere. These systems are typically used in court proceedings to allow children who are victims or witnesses of abuse to testify without exposing them to the trauma of speaking in front of the alleged abuser.

In New Jersey prior to this bill’s enactment, courts would allow testimony via closed-circuit television for witnesses and victims ages 16 or younger in cases involving child abuse and sexual abuse, if the court found that there was a significant likelihood that the witness would suffer trauma if forced to testified in front of the defendant. Now, victims and witnesses of all ages may be allowed to testify in this manner in cases involving certain eligible crimes, if the court “determines by clear and convincing evidence that there is a substantial likelihood that the victim or witness would suffer severe emotional or mental distress if required to testify in open court.”

In order to testify via closed-circuit television, a witness, his or her parent or guardian, or his or her attorney must submit a motion seeking closed circuit testimony. These requests can also be submitted by the prosecutor, the defendant or the defendant’s attorney, or by the judge’s own motion.

At The Tormey Law Firm, our practice is dedicated entirely to criminal defense, domestic violence, and child abuse matters. Our highly experienced lawyers represent clients throughout New Jersey who are facing criminal charges for domestic violence, restraining orders, and allegations of child abuse and neglect by the Division of Child Protection and Permanency (DCPP). If you are dealing with a domestic violence or child abuse matter, our attorneys will assist you through every phase of the legal process and aggressively protect your rights. Simply contact our offices in Hackensack today at (908)-336-5008 to discuss your case and receive a free consultation.

For additional information regarding this issue, access the following article: Closed-Circuit Testimony Extended to Adults in New Law