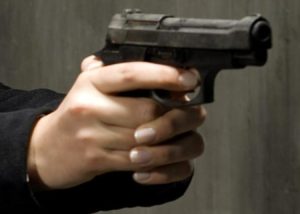 Officials in New Jersey, fed up with federal inaction on gun control, are flexing policy muscles rarely used to regulate gun dealers by passing local zoning codes that effectively ban firearm stores. These enhanced gun regulations will strengthen already-tough gun laws in New Jersey that limit the ability of individuals, such as those facing a restraining order, from obtaining or keeping firearms.

The town council in Piscataway, New Jersey passed a resolution on June 14 which seeks to ban gun stores from opening within 1,000 feet of schools, parks, health care facilities, and other sensitive locations. While the new zoning law does not explicitly forbid gun stores from opening in the suburb, it makes dealers subject to conditions that almost no location meets.

It’s the first such law in New Jersey. There are 24 localities in California with similar zoning restrictions, and another two in New York, according to the Giffords Law Center to Prevent Gun Violence. “There’s a growing concern about gun violence and the federal government’s inability to do anything comprehensive,” said Steven Cahn, the Piscataway council member who drafted the ordinance. “The point is to demonstrate that local officials are not helpless to take action.”

In addition to zoning ordinances, New Jersey has very strict laws surrounding purchasing a firearm. In order to legally purchase a gun in NJ, one must obtain a purchaser permit. To do so, you must submit an application with the local police department and not fall into any of the disqualifying reasons set forth in the statute. The statute provides that a gun permit shall not be issued to any person:

(1) who has been convicted of any crime, or a disorderly persons offense involving an act of domestic violence as defined in section 3 of P.L.1991, c.261 (C.2C:25-19), whether or not armed with or possessing a weapon at the time of the offense;

(3) to any person who suffers from a physical defect or disease which would make it unsafe for him to handle firearms, to any person who has ever been confined for a mental disorder, or to any alcoholic unless any of the foregoing persons produces a certificate of a medical doctor or psychiatrist licensed in New Jersey, or other satisfactory proof, that he is no longer suffering from that particular disability in a manner that would interfere with or handicap him in the handling of firearms; to any person who knowingly falsifies any information on the application form for a handgun purchase permit or firearms purchaser identification card;

(5) to any person where the issuance would not be in the interest of the public health, safety or welfare;

(7) to any person who as a juvenile was adjudicated delinquent for an offense which, if committed by an adult, would constitute a crime and the offense involved the unlawful use or possession of a weapon, explosive or destructive device or is enumerated in subsection d. of section 2 of P.L.1997, c.117 (C.2C:43-7.2);

(9) to any person named on the consolidated Terrorist Watchlist maintained by the Terrorist Screening Center administered by the Federal Bureau of Investigation.

If you need assistance obtaining a firearms permit, or if you have been charged with domestic violence, please contact the experienced New Jersey criminal defense lawyers of the Tormey Law Firm today.