Motion to Lift a Permanent Restraining Order in Bergen County

Need to Show Significant Change in Circumstances under the Carfagno analyis 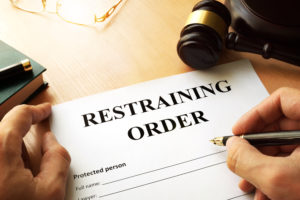 Here is a recent case we successfully handled in 2019 for a client in Bergen County who hired us to remove a final restraining order that was issued against him in 2010. We filed the motion, conducted the hearing, and the motion was granted by the Judge. Here is a summary of the proceeding:

The client hired us in mid 2019 to remove a final restraining order that was originally issued against him in the Bergen County Superior Court in Hackensack, NJ.

Following the issuance of the order there was a significant change in circumstances.  Our client moved out of state and has been happily married for approximately seven years.  Together with his wife, they are raising his daughter and stepdaughter where they currently reside in Florida.

Despite the pushback from Plaintiff in the removal of the order, the Court agreed with our motion to remove the final restraining order and dismissed the order. This was after a testimonial hearing where our client flew in to Bergen County to testify and the Plaintiff also appeared and testified in court before the Judge. Out skilled lawyers were able to show that there was a significant change in circumstances since the issuance of the original FRO and that the restraining order was no longer necessary to protect the victim and should be dismissed.

Need a Lawyer to Remove an Old Restraining Order in Bergen County? We can help

Our client no longer has to worry about the negative implications of this order on a background check. Now that the motion was granted and the FRO was vacated and dismissed, our client can move beyond this period in his life.