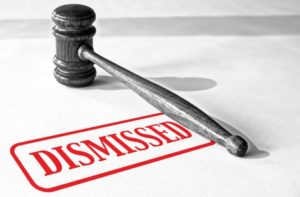 Have you been served with a temporary restraining order in Hudson County and you need a lawyer? Call us now at (908)-336-5008 for immediate assistance. The initial consultation is always provided free of charge.

Can I Avoid a Final Restraining Order in Hudson County?

Absolutely. In order to obtain a final restraining order in New Jersey, a plaintiff (victim) must show that a predicate act of domestic violence occurred, that there is a prior history of domestic violence between the parties, and that a reasonable person in their position would be in fear for their safety. All of these elements must be proven by a preponderance of the evidence. If the alleged victim cannot meet this burden of proof, then the temporary restraining order will be dismissed.

Here is an example of a domestic violence case that we recently resolved in favor of our client. Our restraining order defense lawyers just represented a client in the Hudson County Superior Court in Jersey City, NJ who was facing a final restraining order (FRO). In this case, the plaintiff and defendant dated for a short period (a year or so). They do have a child together. It appears that there were some disagreements about the child which caused the plaintiff to file a temporary restraining order (TRO). She alleged harassment and assault as the predicate acts of domestic violence. However, she also alleged no prior history of domestic violence and did not appear to be in fear for her safety. As a result, the Judge ruled that there was insufficient evidence for the plaintiff to obtain a final restraining order in New Jersey. The case is dismissed and there is nothing to expunge from the defendant’s record. This was a great result for our client and the Tormey Law Firm LLC.

If a Restraining Order is Granted in my Case in Jersey City, What Happens to my Weapons?

Accused of Domestic Violence in Hudson County, Can I Get my Firearms and Permits Back?

A person can reclaim their firearms and permits by demonstrating to the court that he or she is fit to possess a weapon. Upon seizing any property, a law enforcement official shall deliver all firearms, ammunition, and permits to the county prosecutor. From there, the prosecutor shall either return the property or petition the court within 45 days of the seizure to object to its return.  If the prosecutor decides against returning the weapons, the State must file a motion with the court and submit a copy of the motion upon the owner.

Next, a hearing shall be held and a record made thereof within 45 days of the motion filed by the prosecutor to keep the seized items. At the hearing, the prosecutor will call witnesses and admit exhibits to demonstrate to the court that the owner is no longer fit to possess a weapon. Conversely, the gun owner should do the opposite and seek to call witnesses, experts, and submit any relevant material that shows the court that he or she is perfectly safe to own a firearm. Following the hearing, the court shall order the return of the firearms, ammunition, and any authorization papers to the owner if the judge determines the following:

The Firearms Licensing Statute provides that no handgun purchaser permit or firearms purchaser identification card shall be issued to any person who:

If you or a loved one needs assistance with a restraining order or representation to obtain your firearms and permits in Jersey City, please contact the Tormey Law Firm for help. Our attorneys are available immediately to assist you at (908) 336-5008, and the initial consultation is always provided free of charge.