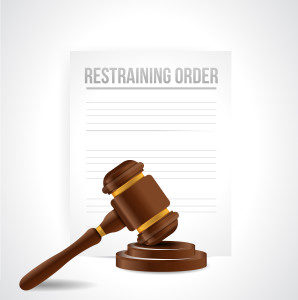 All parties retained counsel and a settlement discussion was initiated. Our client did not want to have a trial and preferred to settle the case amicably for the sake of his son and his grandchildren. The parties proceeded with a divorce action and a civil restraints agreement was drafted to temporarily settle things while the divorce case was pending.

Why is a civil restraints agreement is a good idea?

Civil restraints agreement can address things like where the parties will live, temporary custody, financial support, division of property, and any other items the parties wish to negotiate as part of the settlement. Based on the creation of this consent agreement (known as a civil restraints agreement), all parties agreed to dismiss the restraining orders against the other party. In addition, our client agreed not to pursue the criminal case for simple assault that was pending in the municipal court. He wanted this matter behind him and closed for the best interests of his family.

All parties spoke to the Bergen County domestic violence counselors and were explained the cycle of domestic violence. They signed paperwork acknowledging same and that they wanted to voluntarily dismiss the domestic violence restraining orders that were pending in court in Hackensack. Then, all of these facts and the dismissals were placed on the record before the Bergen County Superior Court Family judge. The civil restraints agreement and the stipulations were also placed on the record and docketed under the divorce case.

Then, we appeared in Teaneck Municipal Court on the simple assault charge. Our client spoke to the prosecutor as the alleged victim and told the prosecutor that he did not want to proceed with the charges and was not willing to testify against the defendant. As a result, the prosecutor had no other evidence and would not be able to prove this misdemeanor assault charge beyond a reasonable doubt. Based on this, the charges were dismissed.

Our client was very happy with this outcome and the representation he received from the restraining order attorneys at the Tormey Law Firm LLC. If you or a loved one needs assistance with a Bergen County domestic violence case, contact our Hackensack offices today for immediate assistance at (908)-336-5008. The initial consultation is always provided free of charge.