Violation of a Restraining Order in Bergen County, NJ 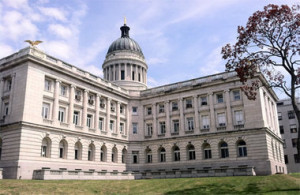 The issuance of a final restraining order under the New Jersey Prevention of Domestic Violence Act can have serious repercussions for the person against whom it is issued. These can include problems with employment, housing, and the withholding of certain constitutional rights such as the right to own firearms. Additionally, any subsequent allegation that the person violated the restraining order becomes yet another legal issue, which can result in immigration consequences, a criminal conviction, jail time, or even a prison sentence. Being accused of violating a restraining order in Bergen County, New Jersey can lead to your arrest and criminal contempt charges for a disorderly persons offense or a fourth degree crime, depending on the specific allegations involved.

Have you been arrested and charged with a violation of a restraining order in Bergen County? Do you need a lawyer to fight these charges for you in court? We encourage you to seek knowledgeable legal counsel from an experienced Bergen County domestic violence lawyer defending clients accused of restraining order violations. Call us now at (908)-336-5008 to consult with an attorney who can advise and assist you with preparing and executing your best defense.

Our client’s ex-wife had obtained a restraining order against him, and had repeatedly attempted to use that order to affect the custody arrangement involving the former couple’s two children. In this instance, she accused our client of having violated the order by being within a prohibited distance from her at one of their children’s school functions and by staring at her during that function, supposedly causing her to be in fear for her safety.

From the beginning, it was clear that this complaint was simply an attempt by the ex-wife and her current fiancé to convict our client so that they would have that conviction to use against him in the ongoing custody case. Despite extensive negotiations with the prosecutor, the victim would not consent to any outcome that resulted in dismissal of the charges against our client, so the case went to trial.

Our trial lawyers were able to cross-examine the “victim” based on her own previous testimony, eventually getting her to admit that our client did not actually violate the restraining order, but that she created the entire situation that she then tried to use against him. Based on the huge problems pointed out by the attorney, the prosecutor was forced to move for dismissal of the case. All charges against our client were dismissed, resulting in a tremendous win for our client and for The Tormey Law Firm.

If you or anyone you know if faced with a similar situation or has been charged with criminal offenses for violating the terms of a restraining order in Bergen County NJ, call us immediately for a free consultation at (908)-336-5008. The right representation can make all the difference when you are faced with the possibility of a criminal record or possible incarceration.