Battered Woman Syndrome: A Pattern of Abuse, A Form of Evidence 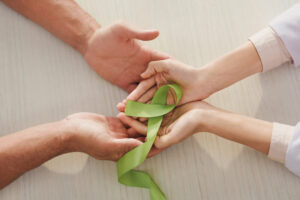 The relationship between one who commits domestic violence and their victim is complex. Outsiders often judge a woman who stays with a husband who emotionally, physically, or sexually abuses her, wondering how she can tolerate abuse. What most do not understand about battered wives is their psychological framework after repetitive traumatic experiences. Battered women suffer from recurring cyclical violence that falls into patterns of mild abuse, escalating violence, and apologies. The cycle may repeat so often the victim gives up and feels hopeless that the violence will continue since they are powerless to do anything. They become unable to leave due to this psychological freeze, as they believe the violence prevents them from leaving but threatens their life if they stay. In a trapped mental state, they believe the only way out is to commit violence against their abuser.

The Cycle of Violence in Battered Woman Syndrome

Before it became a legal defense, Battered Woman Syndrome (BWS) arose as a psychological theory Dr. Lenore Walker developed regarding women exposed to cyclical violence by an intimate partner. The violence cycle has a milder abuse phase that builds tension, a serious battering stage with violence, and the aftermath apology part. Though the apology is typically heartfelt and loving, the repeated cycle creates distrust and fear, which, over time, erodes the victim’s sense of reality and a belief that they can escape the abuse. Over time and after possible attempts to get help with no success, the victim falls into a PTSD-like mental disorder. PTSD, or post-traumatic stress disorder, occurs after an individual experiences near death, sexual violence, and severe injury. The sufferer often re-experiences the heightened fear long after the incident is over and can become isolated, numb, or moody, like troops returning from battle.

When the escalating abuse threatens the victim’s life, she may injure or kill her abuser, believing that the next violent attack on her will kill her. Unable to fend off attacks, she may strike her abuser while he sleeps or is otherwise unaware or vulnerable to attack. Such was the case in the Bobbitt mayhem incident that brought national attention to domestic violence and BWS in the early 1990s. Lorena Bobbit’s criminal defense attorney argued that his client suffered from BWS, which caused her to believe she would die and that she maimed her husband John Bobbitt in self-defense. However, the law defines self-defense by imminent danger, an either-I-kill-you or die situation, with no time to escape. A premeditated attack does not qualify as an imminent danger.

However, since then, other courts have included BWS as self-defense. In fact, New Jersey recognized it before the Bobbitt case, specifically in State v. Kelly (1984), 97 N.J. 178. And not only women suffer from the syndrome. Anyone subjected to repeated emotional abuse or physical abuse by an intimate partner may develop BWS, which may be the source of a domestic violence criminal or civil action. A victim of BWS may sue their abuser in civil court and seek monetary compensation for their medical and therapeutic costs, as well as other damages, like lost wages or earning capacity. Moreover, if the parties divorce, a victim of spousal abuse may claim the abuse in family court to preserve the statute of limitations or time restrictions within which a wronged individual may sue the other person for their injuries.

In criminal or civil domestic violence cases, a victim may ask the court for protection from their abusive intimate partner. The Prevention of Domestic Violence Act (the Act) allows domestic violence victims to obtain emergency protection (within 24 hours) with a temporary restraining order (TRO). A TRO restrains the named individual who the victim claims is a danger to their life, health, and wellbeing, from coming near the victim or contacting them. Ordinarily, hearings require enough time for the accused to respond to claims or charges, but emergency orders dispense with the usual notice requirements. So, without any input from the accused, the court may issue a TRO.

With a TRO, a person with BWS can reduce their exposure to death or injury by depriving the aggressor of an opportunity to commit further violence on the victim or expose their children to further violence. A TRO not only restrains the defendant from contacting the subject of the TRO but also orders the violent spouse or partner to leave the family residence and prohibits them from having a gun. A victim may go to the Superior Court, Family Division during regular court daytime hours or the local municipal after hours to see or speak to a judge about getting a TRO. If a police officer comes to the scene of domestic violence, they can help the victim prepare paperwork for the restraining order.

Should the defendant violate the order, they could be charged with criminal contempt and spend time in jail. Even as helpless sufferers of BWS may feel, they have options once they extract themselves from their batterer. They have legal options that a domestic violence attorney can explain to them, how the TRO works, how to obtain a Final Restraining Order (FRO), and how to get the help they need from law enforcement should the restrained party violate the protective order. Though the victim may appear in court alone for the TRO, they should obtain counsel for the FRO hearing. At that hearing, the judge considers evidence of both the plaintiff and the defendant present at the hearing. So, the defendant may contest the plaintiff’s version of what occurred and bring witnesses or other evidence to show why and how the victim is not telling the truth. An attorney may also help if the defendant violates the terms of the protective order and contacts the victim or the victim’s family by telephone, text, email, or in-person.

If you believe that you or a loved one suffers from Battered Woman Syndrome (BWS) and domestic violence, contact our committed restraining order and criminal law attorney who regularly handle domestic violence criminal and civil court matters on behalf of clients throughout New Jersey. Do not hesitate to get the legal help you or your loved one needs by calling (908)-336-5008 for a free consultation. Our practice is dedicated to serving your needs in Bergen, Essex, Passaic, Middlesex, Union, Somerset, Morris, Sussex and Warren Counties, as well as other counties statewide. You can reach us 24/7 to speak to an attorney at no cost.