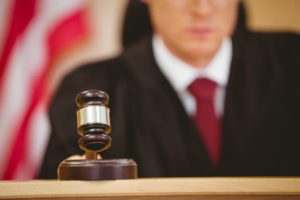 A recent anonymous call to the Atlantic City Police Department’s internal affairs division reported that an officer had assaulted his girlfriend, causing her hospitalization. According to law enforcement officials, 10-year veteran officer Dayton Brown, a 44-year-old resident of Galloway Township, violently assaulted his girlfriend. In response, Atlantic City police officers interviewed the victim and then arrested Brown. The veteran cop was subsequently suspended without pay and detained at the Atlantic County Justice Facility.

Pursuant to the Prevention of Domestic Violence Act (“PDVA”), there are 19 specific predicate acts that justify a restraining order in New Jersey. According to N.J.S.A. 2C:25-19(a)(2), assault does constitute an act of domestic violence. The New Jersey Criminal Code, N.J.S.A. 2C:12-1(a), defines assault and sets forth that a person is guilty of simple assault for attempting to cause or purposely, knowingly or recklessly causing bodily injury to another, or negligently causing bodily injury to another with a deadly weapon, or attempting by physical menace to put another in fear of imminent serious bodily injury. Moreover, N.J.S.A. 2C:12-1(b) defines aggravated assault, which, in general, occurs if a person attempts to cause serious or significant bodily injury to another, or causes such injury purposely or knowingly under circumstances manifesting extreme indifference to the value of human life. Thus, even though there may be two separate proceedings as the result of a domestic violence assault, the same definition of assault is used by authorities; however, there are different burdens of proof that control the outcome of the case.