NJ Restraining Order Guide Part 8 – What happens if I violate a restraining order?

The Tormey Law Firm NJ Restraining Order Guide Part 8 – What happens if I violate a restraining order in New Jersey? 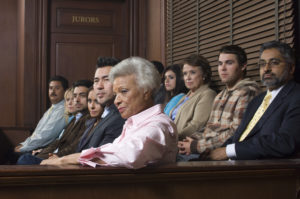 The violation of a restraining order in New Jersey is a criminal offense. In fact, depending on the nature of the act that violates the restraining order, anyone who violates a restraining order will be charged with either a fourth degree crime or a disorderly persons offense. Then, you will be required to appear at the New Jersey Superior Court in the County that charged you with contempt and if you cannot afford an attorney, you will be permitted to complete an application for a public defender. As with all criminal offenses, a contempt charge is serious and subjects the defendant to imprisonment, fines, and having a permanent criminal record. If you are charged with contempt, the criminal defense attorneys at the Tormey Law Firm are available to explain the charges to you and defend your case.

What will happen if I violate a restraining order in NJ?

Under New Jersey’s criminal code, a fourth degree crime is punishable by up to a $10,000 fine and 18 months in prison; and a disorderly persons offense is punishable by up to a $1,000 fine and 6 months in jail. However, under N.J.S.A. 2C:25-30, the PDVA also mandates that any person convicted of a second or subsequent disorderly persons domestic violence contempt offense shall serve a minimum term of not less than 30 days in jail, without exception. Accordingly, if you are charged with contempt for violating a restraining order, you are facing severe penalties including a mandatory 30 days in county jail if you have been previously convicted of contempt of a restraining order. The domestic violence attorneys at the Tormey Law Firm have defended countless clients against allegations of contempt and if you have been charged with contempt, they are ready to put their skills to work defending you.