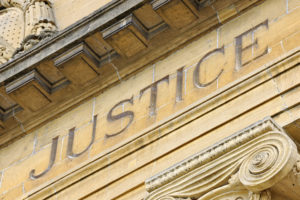 Burglary is another potential predicate act of domestic violence which is alleged by a victim in a NJ restraining order matter. Burglary does not necessarily require the breaking into a home or a vehicle. In one case in Morris county, our client was alleged to have entered her husband’s residence (they were separated) through the open front door and destroyed some property of his mistress which was left in the house. This was potentially a burglary, entering a structure without license to do so with the intent to commit a crime therein.

If you or a loved one has a restraining order case in New Jersey and are in need of legal assistance, the Tormey Law Firm LLC can help. Our experienced restraining order attorneys have handled these types of cases in practically every county in the State of NJ including in Union Township, Scotch Plains, Westfield, and Elizabeth. As a result, our lawyers are ready and able to assist you with your restraining order case immediately. Contact our offices anytime for a free initial consultation at (908)-336-5008.

Travis J. Tormey has been cited in numerous publications including the Star Ledger, Daily Record, Bergen Record, Asbury Park Press and AOL News. He has also appeared as a legal resource on CBS radio with regards to domestic violence in New Jersey. Mr. Tormey has received numerous awards from the American Trial Lawyers Association and the National Association of Criminal Defense Attorneys. He also received the clients choice awards from Avvo.com in ’13, ’14’, ’15 and ’16 and is a 10.0 rating.

“From the moment I entered Mr. Tormey’s office, I experienced an air of calm and confidence. His demeanor exuded his command of his profession as well as a knowledge of the human element in dealing with the intricacies of the law. After our initial meeting, I was satisfied that he had reviewed my case, that I knew what was expected from me, including fees, and a sense that the outcome would be positive. He maintained contact with me, kept me informed, and returned all phone calls in a timely manner. I am totally satisfied with his representation and have no reservations in recommending Mr. Tormey and his firm.”

One of the potential predicate acts of domestic violence in a NJ restraining order case is burglary. Burglary is governed by N.J.S.A. 2C:18-2 which provides in pertinent part:

a. Burglary defined. A person is guilty of burglary if, with purpose to commit an offense therein or thereon he:

(1) Enters a research facility, structure, or a separately secured or occupied portion thereof unless the structure was at the time open to the public or the actor is licensed or privileged to enter;

(2) Surreptitiously remains in a research facility, structure, or a separately secured or occupied portion thereof knowing that he is not licensed or privileged to do so; or

(3) Trespasses in or upon utility company property where public notice prohibiting trespass is given by conspicuous posting, or fencing or other enclosure manifestly designed to exclude intruders.

How do I prove burglary as an act of domestic violence in NJ?

In order to establish burglary as a predicate act of domestic violence at a final restraining order (FRO) hearing, the plaintiff must establish that either sections (1), (2), or (3) were violated of N.J.S.A. 2C:18-2 above.

It is important to remember that burglary does not require an intent to steal something. Burglary merely requires the unlawful entry of a place (could be a house, car, etc.) with the purpose to commit a crime therein. For example, one of our clients was facing burglary as a predicate act of domestic violence based on his entry of his ex-girlfriend’s home where they used to live together wherein he hugged her without her permission or consent. This was alleged to be a burglary at the restraining order trial.

It is also important to remember that, although burglary is a criminal charge and we use the criminal statute under N.J.S.A. 2C:18-2, the plaintiff must only establish the civil standard of “preponderance of evidence” in a restraining order case because a restraining order is civil in nature. Preponderance of evidence is a “more likely than not” standard so the plaintiff must establish 51% that the offense was committed and that is sufficient in a civil case.

For example, even if a burglary was committed and the defendant was found guilty in criminal court, the Plaintiff still has to show a prior history of domestic violence and a need for protection from the Court which a restraining order provides. If the Judge believes this was a one time incident, there is no prior history, and there is no need to protect the Plaintiff from future acts of domestic violence, then the restraining order will be dismissed even if a burglary was committed.