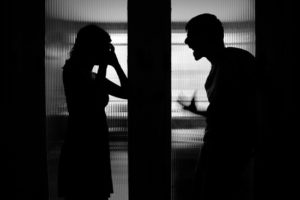 Most people associate restraining orders with no contact orders and nothing more.  It is common for many to believe that a restraining order simply means that the defendant cannot communicate and cannot be in close proximity to the plaintiff.  Nevertheless, in Morris County, New Jersey, restraining orders encompass substantially more.  Many times our clients are facing criminal charges for domestic violence as well as a restraining order. These are two separate matters handled in two very different courts. It is important to understand the consequences of both and the process for fighting both cases in court. Here is an example of a case we handled for a client facing criminal charges and a restraining order arising out of Jefferson Township in Morris County, New Jersey. To discuss your Jefferson restraining order case with an experienced attorney who can advise and assist you, contact The Tormey Law Firm at (908)-336-5008. A member of our team is available immediately to provide you with a free consultation.

The Tormey Law Firm LLC recently represented a client who was facing a temporary restraining order (TRO) as well as criminal charges for burglary, criminal mischief, and harassment arising out of Jefferson Township in Morris County NJ. Our client had no prior criminal record but was facing a felony charge on her record as well as significant fines and probation. In addition, if the final restraining order (FRO) was issued this is permanent in New Jersey and never expires. She gets placed in a statewide database for domestic violence offenders, can’t own firearms, and this could effect any professional licenses she may have as well as her employment (for background checks, etc.).

The incident involves our client and her husband (whom she was separated from). They have several young children together. Our client and her husband were attempting to reconcile but she found out that he was seeing another woman and found some of the woman’s things in his house when she went there. She was obviously very upset and threw some of the property against the wall (the criminal mischief charge) and was charged with burglary for entering the house to commit a crime therein (in this case criminal mischief).

However, based on the circumstances here, the husband decided to dismiss the restraining order against our client (voluntarily without the necessity of a trial). We were very confident we would have prevailed at trial had he chosen to proceed with it. Then, we were able to resolve the criminal charges with the Morris County Prosecutor’s office. She was accepted and admitted into the Pre-Trial Intervention program (PTI) with a one year probationary period. When she successfully completes the probation, the criminal charges will all be dismissed. She will have no criminal record from this incident. She will also be eligible to file an expungement to have the arrest removed from her record six months after she finishes the PTI program. This was a great result for our client and the Tormey Law Firm LLC.

Victim of Domestic Violence in Jefferson NJ, What are my Rights?

Our lawmakers in New Jersey have sought to curb domestic violence by enacting the Prevention of Domestic Violence Act, which authorizes extensive protections for victims of domestic violence in Jefferson and throughout the state of NJ. In this law, they highlight that domestic violence is not limited to a specific group among the population.  Rather, survivors come from all social and economic backgrounds and ethnic groups, as well as include the elderly and disabled. Our Legislature also highlights the fact that, children, even if they are not actually physically harmed themselves, suffer deep and lasting emotional repercussions from exposure to acts of domestic violence.  Our lawmakers have found that “there is a positive correlation between spousal abuse and child abuse.”

The Act further declares that there are many existing laws in place that already address violent acts, elderly abuse, and child mistreatment. However, our Legislature found that in the past, society’s attitude towards domestic violence was indifferent. It appeared that police and judicial intervention was lacking and moreover, our system treated such offenses unequally. Consequently, many survivors were unable to obtain protection and furthermore, many victims feared coming forward to report any claims. Now, since the enactment of the PDVA, victims of domestic violence have more comprehensive protection from their abusers. As such, if you are a victim of domestic violence, you have the right to file criminal charges against your abuser and a restraining order.

Accused of Domestic Violence and Facing a Restraining Order in Jefferson, New Jersey

If you have been accused of domestic violence and have been served with a temporary restraining order, you will have a final restraining order hearing in the Family Division of the Morris County Superior Court. This typically occurs within 10 days of the issuance of the TRO. Moreover, if you are facing domestic violence criminal charges, this is a separate case that will be handled by the Morris County Prosecutor’s Office, Domestic Violence Unit if the charges are indictable in nature, meaning a first, second, third, or fourth degree crime. If the charges are for a disorderly persons offense or petty disorderly persons offense such as harassment, you will be prosecuted in the Jefferson Municipal Court. It is important to note that if you have been charged with a felony crime and a disorderly persons offense, the entire case will be handled in the Morris County Superior Court, Criminal Division. This is for the criminal component of your domestic violence case.

I need a Restraining Order Attorney in Jefferson NJ – Contact Us

If you or a loved one needs assistance with a domestic violence matter in Jefferson or another town in Morris County NJ, contact us anytime for a free initial consultation at (908)-336-5008.