What is a considered a “dating relationship” in domestic violence cases in New Jersey?

What constitutes a dating relationship under the Domestic Violence Act in NJ? 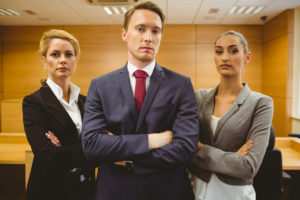 Many believe anybody who feels threatened or harassed by another is entitled to a restraining order.  For instance, if a neighbor is intimidating you or a person at a bar is repeatedly engaging in unwelcome advancements, the victim can simply report the issue and obtain a restraining order.  Unfortunately, a restraining order is not intended to protect every individual from any and all types of harm.  Rather, the Prevention of Domestic Violence was drafted to protect victims of domestic violence. N.J.S.A.2C:25-18.

Does the Domestic Violence Act apply to past dating relationships?

The Act does not define what a dating relationship is and moreover, if two people separate, does not say when the past relationship is not longer applicable under the statute.  The meaning of the term “dating relationship” was first discussed in Sperling v. Teplitsky, 294 N.J. Super. 312 (App. Div. 1996).  In that case, the parties began dating in 1988 and the relationship lasted approximately 4 years.  Id at 316.  Many years later, in 1996, the defendant kicked a car that was owned by the plaintiff’s new partner, causing numerous dents to the vehicle. Id.  As a result, the plaintiff filed for a restraining order, which was ultimately granted by the trial court.  Id.

On appeal, the Court noted, the more troubling issue presented in this case concerns the gap in time between the incident in question and the conclusion of the dating relationship.  Id at 317-318. The Sperling Court acknowledged that a dating relationship existed between the parties and further acknowledged that the parties lived together for five or six months.  Id at 319.  Nevertheless, the Court also recognized that the Prevention of Domestic Violence Act was not intended to serve everyone, but rather, was there to protect victims involved in domestic or familia relationship with their perpetrator.  Id at 318 & 320.  The Court articulated that the Act was designed to offer more protection to victims in the context of families, household members, or those involved in a dating relationship. Id.  Such additional protection is necessary since spouses, former spouses, persons sharing parentage, and the like, often need to interact with one another.  Id.  Consequently, the Appellate Court overturned the trial court’s ruling and dismissed the restraining order.

Does the Act apply if we went on one date?

In 2012, our courts addressed this question in S.K. v. J.H., 426 N.J. Super. 230, 233 (2012).  In that case, the plaintiff traveled to Israel with approximately forty other people, including the defendant.  Id at 231.  Prior to the trip, the parties had never met.  Id.  A few days after arriving in Israel, the parties, as well as others, attended a group function.  Id.  Later that night, the plaintiff and the defendant walked back to the plaintiff’s room.  Id.  There, the defendant attempted to kiss the plaintiff, but she pushed him away.  Id.  The defendant then assaulted her causing a severe injury to her left lung as well as a broken eye orbit and fractured jaw.  Id.

The S.K. Court concluded that the facts amply demonstrated the occurrence of a predicate act as well as a need for an order of protection.  Id at 232.  The only matter in dispute was whether the parties had a dating relationship.  As a result, to determine the proper scope of the term “dating relationship,” the Appellate Division adopted a six-question test for ascertaining the existence of a dating relationship:

1. Was there a minimal social interpersonal bonding of the parties over and above a mere casual fraternization?

2. How long were the parties dating before the alleged act of violence occurred?

3. What was the nature of their interactions? (texts, calls, emails, in person)

4. What kind of expectations did each party have about the relationship?

5. Was it clear to others that they were in a relationship?

6. Any other factors that support that a relationship existed or not?

Applying the test to the facts in S.K., the Court concluded that a dating relationship did not exist.  Id. The Court specifically held that parties only had one interaction with one another.  Thus, it can be seen that the parties had one date but they did not have a dating relationship.  Therefore, the Act did not apply and the restraining order was dismissed.

Does the act apply to online dating?

In March of 2020, the Appellate revisited the question of what constitutes a dating relationship in C.C. v. J.A.H., A-4425-18T3 (unpublished opinion).  In that case, the parties never went on a traditional, in person date.  However, the parties exchanged nearly 1,300 text messages that contained very personal and intimate details.  The plaintiff in this case was 22-years old and the defendant was 42-years old.  The parties exchanged numbers and would message one another at all hours of the day and night.  In these messages, the parties would discuss in graphic detail: prior dating experiences, sexual preferences, drug and alcohol use, and the traits they desire in a partner.

Eventually the parties discussed meeting in person but the plaintiff never went through with it.  In response, the defendant began sending vulgar messages and threatened to call the plaintiff’s employer.  The plaintiff later discovered that the defendant has a history of stalking and harassing women.  As a result, she contacted the police and filed for a restraining order.

At the hearing, the defendant moved to dismiss the complaint on the basis that the parties were not involved in a dating relationship.  The trial court denied the motion and entered a final restraining order.  The case was appealed and the Appellate Division upheld the restraining order.  The Appellate Court emphasized that “dating” is a loose concept that is defined differently by different groups of society and by different generations.  Therefore, even though the parties did not go on a traditional in person date or engaged in any sexual or intimate relations such as kissing, hugging, or even hand holding,  that does not discount the fact that the parties did engage is very intimate communications with one another.  And moreover, those very personal exchanges established a social interpersonal bond that is no different than sharing a dinner or movie.  Therefore, the Court concluded that a dating relationship existed.

Accordingly, the C.C. v. J.A.H decision has expanded the definition of what constitutes a dating relationship. It may be possible for a couple, who has never met, to been viewed as dating.  Nevertheless, it’s important to keep in mind, ever case is different and the C.C. v. J.A.H. decision is not a bright line rule.  Thus, when confronted with legal issues, it’s important to contact an attorney.  Therefore, if you or someone you love is seeking a restraining order or has been served with one, please contact The Tormey Law Firm for a free consultation.  Our attorneys are available immediately to assist you at (908) 336-5008.