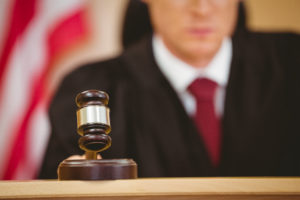 Our domestic violence lawyers recently represented a victim who was looking to obtain a final restraining order (FRO) against a defendant who she was previously dating. The parties met on a dating app and dated for a short period of time. The plaintiff terminated the relationship and the defendant proceeded to harass and stalk her following the breakup. Specifically, he called her 500 times within a 2 hour period. After she blocked his number, he proceeded to call her and harass her from other fake accounts and spoof numbers. In addition, he showed up at her workplace when she never advised him at any point that she worked there. Based on this alarming behavior, the plaintiff obtained a temporary restraining order (TRO) against the defendant and the case was scheduled for trial.

Plaintiff Trying to Get Final Restraining Order : The Trial

The plaintiff hired the Tormey Law Firm to represent her at the final hearing. Our lawyers have literally handled hundreds of restraining order trials in New Jersey with tremendous results. In order for a Plaintiff to obtain a final restraining order in New Jersey, they must establish 3 things by a preponderance of evidence (which is the civil standard in New Jersey):

If the plaintiff and the attorney can establish all of these elements then the final restraining order will be issued by the Judge.

In this case, our attorneys admitted key evidence to display the harassment and pattern of alarming conduct including phone records showing the outrageous number of phone calls as well as the fake accounts that were created just to harass her. The plaintiff also testified to the alarming behavior and that she was in fear for her safety because the defendant was very unstable.

After hearing the testimony and the evidence, the Judge issued the final restraining order (FRO). The defendant is now prohibited from having any contact with the plaintiff or having anyone else contact her on his behalf. He is also prohibited from her home and place of employment. If he violates the restraining order, he will be arrested and charged with contempt of court. This is a criminal charge which will include mandatory jail time if the defendant violates the order more than once.

He is also fingerprinted and placed into a statewide database for domestic violence offenders. He is prohibited from owning or possessing firearms. Now, the plaintiff has the protection that she needs from the court and law enforcement moving forward. If you or a loved one needs a permanent restraining order in NJ, contact our offices now for immediate assistance. The initial consultation is always provided free of charge.