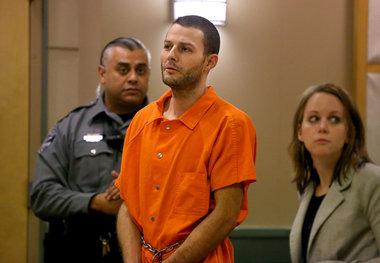 More details continue to emerge regarding the tragic death of Tara O’Shea-Watson, who was allegedly murdered by her estranged husband, Jeremiah Monell, on December 18, 2016. The homicide sparked a two-week manhunt for Monell.

According to police records, Monell had previously been charged with assaulting O’Shea-Watson during a burglary at her residence in the spring of 2016. However, those charges were ultimately dismissed one month before O’Shea-Watson was murdered in her home. The victim was reportedly stabbed repeatedly in her neck, abdomen, chest, and face.

According to court records, on April 26, 2016, Monell broke into O’Shea-Watson’s Cumberland County home and assaulted her. On August 10, 2016, a grand jury indicted Monell for second degree burglary and fourth degree criminal contempt. The criminal contempt charges stemmed from Monell’s alleged violation of a restraining order pursuant to the Prevention of Domestic Violence Act. In November 2016, the criminal contempt charges were dismissed, but the available documents do not clarify exactly why. It’s possible that the dismissal resulted from the prosecutor not being able to prove the criminal case beyond a reasonable doubt.

Our team appears in domestic violence cases in Cumberland County and throughout New Jersey every week. We have the knowledge and experience you need in your corner when looking to obtain the most favorable outcome. Call (908)-336-5008 if you have an upcoming court appearance and learn more.