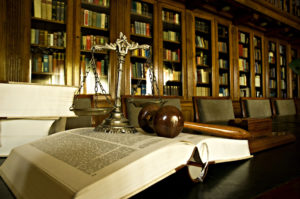 Need an attorney for a restraining order trial in Warren County? We can help. Here is a case we handled with great success for a client there in a similar situation.

The Warren County restraining order defense lawyers at the Tormey Law Firm achieved another dismissal of a temporary restraining order in family court. Our client was accused of harassment by his former lover, but the allegations simply did not meet the statutory definitions required by law and, after trial, the judge dismissed the case and our client walked out of court with a clean slate. The allegations in this case revolved around a series of text messages that occurred during a break-up but the fact of the matter was that the messages were not aggressive or threatening in any manner – they simply were the product of an emotional end to a tumultuous relationship. Fortunately, the trial court agreed with our position that there was no harassment in this case, that there was no need for the protections of a final restraining order and that the case should be dismissed.

A restraining order trial is the plaintiff’s opportunity to present evidence that proves by a preponderance of the evidence that an act of domestic violence occurred and that a final restraining order is necessary for protection from the defendant. Likewise, during a final restraining order trial, the defendant can cross-examine the plaintiff and then present their own evidence that undermines the plaintiff’s case. In our recent case, the allegation was one of harassment. Pursuant to N.J.S.A. 2C:33-4, harassment occurs if, with purpose to harass another, a person makes, or causes to be made, a communication or communications anonymously or at extremely inconvenient hours, or in offensively coarse language, or any other manner likely to cause annoyance or alarm; subjects another to striking, kicking, shoving, or other offensive touching, or threatens to do so; or engages in any other course of alarming conduct or of repeatedly committed acts with purpose to alarm or seriously annoy such other person.