Need a Lawyer to Remove Final Restraining Order in Paterson?

“In this case, the client hired us to remove an old final restraining order issued against him in 1996 in the Passaic County Superior Court in Paterson, New Jersey. The client has since moved to Florida where he has lived for many years and has never been charged with violating the TRO. Luckily, the Judge agreed and granted our motion. The restraining order was vacated and dismissed.” 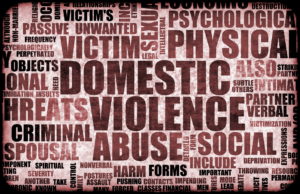 Do you need an attorney to remove an old final restraining order that was issued against you in New Jersey? You’ve come to the right place. Our restraining order attorneys have successfully handled a number of these motions including in Paterson, Elizabeth, Jersey City, Hackensack, and Morristown. Contact our offices anytime for immediate assistance at 908-336-5008. The initial consultation is always provided free of charge.

Here, we were hired by a client in late 2018 to remove an old restraining order that was issued against him by an ex-girlfriend. They had a young child together at the time who is now 22 years old. The client has since moved to Florida since 2013 where he resides and works for a commercial landscaping business. He has never been charged with violating the restraining order and he has had absolutely no contact with the victim in the last 23 years.

How to file a motion to remove restraining order in Passaic County?

In order to remove this restraining order, we had to file a motion to vacate it in the county in which it was issued (in this case Passaic County). We must order the transcript of the original hearing (if it exists) and attach it to our motion papers. In the motion, we must convince the Judge that there has been a significant change in circumstances such that the original restraining order is no longer necessary and should be lifted.

Some of the factors a Judge will consider in this motion include:

Once the motion is drafted and filed, we must serve the plaintiff with the motion so they are aware of the application. He or she then has an opportunity to object (in writing) if they wish and they also can appear at the motion hearing to be heard on the record. Even if the plaintiff objects, the Judge can still grant the motion and lift the restraining order.

In this case, we filed the motion and the plaintiff did not object or appear in court. Based on our compelling argument, the Judge granted the motion and lifted the restraining order. This was a great result for our client and the law firm.

Here is a review from our very satisfied client:

“Travis Tormey and his team just represented me on a remarkable case with the best professional results imaginable. I was served with a Final Restraining Order 23 yrs. ago by the mother of my son in NJ. I now live in Florida and didn’t know if the day would ever come that I would be free of the unjust FRO. Upon reading the success in the reviews of Travis’ law firm, I decided to give him a call. That call would be the best, life changing call I ever made. Travis Tormey and his team took the case, kept me informed every step of the way, besides living in another state. I cannot say more than about the professionalism and the care they took going to bat for me. I overwhelmingly with the highest regard recommend Travis Tormey law firm.
by Milton (client)”