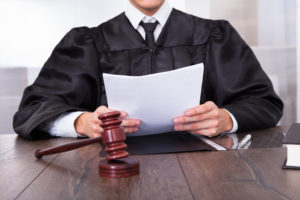 Here is a real case we handled for a client who was served with a temporary restraining order in Newark, NJ.

As a result, the plaintiff spoke to the domestic violence counselors at the Essex County Superior Court and was explained the cycle of domestic violence. Then, she signed several papers stating that she wished to drop the restraining order and voluntarily dismiss the case. Finally, we appeared on the record before the Judge and she dismissed the case in court. The judge confirmed that this was the course of action she wanted to take, that no one was forcing her or coercing her to do this, and that she was doing so freely and voluntarily. This is done in every case where the plaintiff wants to dismiss a restraining order.

My wife dropped the restraining order, can I go home?

Here, the restraining order was voluntarily dismissed and our client was able to return home. This was the correct result in this case and a great relief to our client. If you or someone you love need assistance with a restraining order in Essex County NJ, contact the Tormey Law Firm now for a free initial consultation at (908)-336-5008.