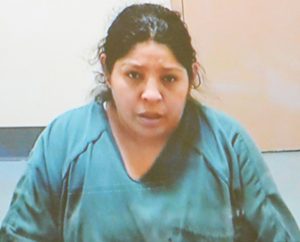 Arrested and charged with domestic violence assault in West NY and you need a lawyer? Call us now. Our experienced criminal defense lawyers have literally handled thousands of these cases with great success. Here is a recent case arising out of Hudson County that made the news.

A Hudson County, NJ woman was recently arrested after being accused of attacking her boyfriend with a serrated kitchen knife. According to the West New York police, the woman was intoxicated and used a large knife to attack her boyfriend after he told her to go to sleep. West New York police officers responded to the couple’s apartment and discovered the boyfriend with a cut between his fingers. He claimed that he suffered the injury while trying to take the knife away from his girlfriend. There was also blood on the floor, walls, and door knob. As a result of the allegations, the woman was arrested and charged with weapons offenses and aggravated assault. Despite the injuries sustained in the alleged assault, the man refused medical attention and indicated that he did not want a restraining order at the time.