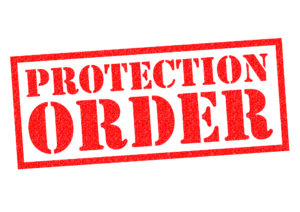 Do you need a lawyer for a domestic violence case in Dover or another town in Morris County? We can help.

The restraining order lawyers at the Tormey Law Firm recently helped a client avoid having a Final Restraining Order (FRO) entered against her by the Morris County Superior Court, Family Part. The client called and explained that she had been served with a Temporary Restraining Order (TRO) in Dover, New Jersey and that she had also been charged with contempt for allegedly violating the restraining order. The contempt charge was being pursued by the Morris County Prosecutor’s Office. After meeting with the client, reviewing the evidence and discussing the case with the other party, the Dover domestic violence attorneys at the Tormey Law Firm worked out an agreement with the plaintiff that resulted in dismissal of the restraining order.

If you are involved in a domestic violence restraining order matter in Dover, New Jersey, call (908)-336-5008 for knowledgeable legal counsel. Our attorneys are here to provide personalized guidance for you and the initial consultation is always provided free of charge.

What to do in a Restraining Order Case in Dover, New Jersey

This case was similar to the countless restraining order matters handled by the Tormey Law Firm in the past: a concerned client was worried about having just been served with a TRO and needed assistance defending her case. The first step was to set up a meeting and review the client’s situation. After reviewing the case and determining that the client had also been the victim of domestic violence, the Tormey Law Firm appeared in Morris County Family Court with the client and assisted her with applying for her own TRO against the other party. In addition, the Tormey Law Firm helped the client with the process of filing a civilian criminal mischief complaint at her local police department because the other party had damaged the client’s car during the underlying domestic violence incident.

The next step was to prepare for the FRO hearing. In the course of preparing for the hearing, the Tormey Law Firm requested transcripts of the initial TRO hearing that occurred at the Dover Municipal Court. Our experienced attorneys also obtained police reports regarding the alleged incident of domestic violence. In general, such items are useful in preparing for domestic violence hearings, criminal trials, and cross-examination of the other party because they provide helpful background information and observations of the police officers that responded to the domestic violence call in the first place.

Another possible resolution of restraining order cases is for the parties to agree that they will no longer contact each other, under an agreement of civil restraints. A civil restraints agreement is essentially a contract wherein both parties agree to certain terms – the most important term being a mutual agreement of no future contact via phone, via e-mail, in person, or through any other manner.

One benefit of civil restraints is that the parties can carve out exceptions to the no-contact provision as necessary to manage daily responsibilities. For example, if the parties have children or joint property, they can agree on how to arrange child visitation or outline future communications regarding the handling of matters involving personal property. In fact, if the parties have a pending child custody case or divorce matter, a civil restraints agreement can be incorporated into that particular docket.

If a restraining order is not dismissed or the parties cannot reach a civil restraints agreement, the case must proceed to a Final Restraining Order hearing. Restraining order hearings in New Jersey are essentially bench trials handled by a judge and with no jury present. As with a typical criminal trial, this is an opportunity for the plaintiff to present his or her case to a judge and for the defendant to cross-examine the plaintiff’s witnesses and challenge the plaintiff’s evidence. In addition, the defendant can call witnesses and present documents, photographs, or videos as part of their defense. At the conclusion of the FRO hearing, there are only two possible outcomes: dismissal of the case or entry of a final restraining order.

However, it is important to keep in mind that a contempt case is ultimately in the hands of the Assistant Prosecutor handling the case because the contempt matter is a criminal case whose outcome it is not up to the victim.

The bottom line is that, as with all types of litigated cases, it is almost always beneficial to work things out rather than leaving the case in the hands of the Court.