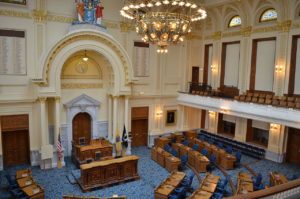 The new law, which was sponsored by NJ senators Linda Greenstein and Paul Sarlo, upgrades the offense of knowingly or recklessly obstructing the breathing or blood flow of a person with whom the offender is involved in a domestic relationship from a simple assault to aggravated assault. Thus, the penalties for strangulation of a domestic partner now include a term of imprisonment of 3-5 years and a fine up to $15,000. Importantly, the new law also eliminates the presumption of non-incarceration for a first offense of the third degree crime of domestic strangulation. Click here to read the full text of the new law, which took effect immediately upon Governor Christie’s signature.

This legislative development reinforces the notion that New Jersey’s justice system takes domestic violence cases very seriously. In addition to the criminal consequences of alleged domestic violence, the New Jersey Prevention of Domestic Violence Act also permits the victims of domestic abuse to obtain the protections of a civil domestic violence restraining order, which operates independently of any criminal prosecution.

False Accusation of Strangulation in New Jersey? We can help