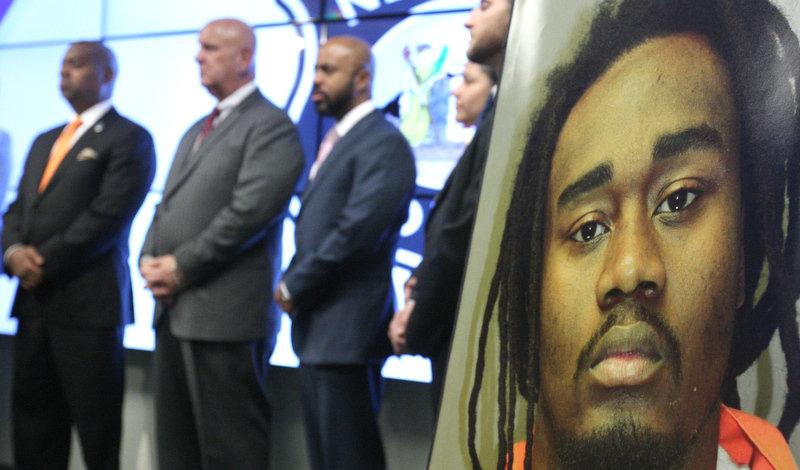 Police in Newark NJ are investigating a string of domestic violence homicides that resulted in the deaths of two women and one man over a single weekend.

According to law enforcement, an East Orange NJ man murdered two women with whom he had previous romantic relationships. The 27-year-old suspect also allegedly killed a current boyfriend of one of the women.

Two of the shooting deaths occurred at a residence located on Clinton Place in Newark, New Jersey. Both victims sustained multiple gunshot wounds and died from the injuries.

Afterwards, Newark police officers discovered three small children inside the home. The suspect is believed to be the father of two of the children. Thankfully, none of the kids were injured during the shooting incident.

The third victim, a 21-year-old Newark woman, was reportedly strangled to death by the suspect at her residence. This murder occurred before the killings of the other two victims.

When police officers searched the home of the third victim, they found a baby inside a closet. The child was not hurt.

According to the Essex County Prosecutor’s Office, one of the female victims had an active restraining order in place against the suspect at the time of the murders.

The suspect is currently in police custody and faces three counts of first degree murder. Additionally, he has been charged with endangering the welfare of a child.

The suspect is being held at the Essex County Correctional Facility in Newark on a massive $2 million bail amount.

For more information about this case, see the NJ.com article, “Domestic Violence at Heart of 3 Brutal Newark Murders, Authorities Say.”

If you have been arrested and charged with murder or attempted murder in East Orange in Essex County, you need an experienced criminal defense lawyer to fight these serious charges for you in court. Contact our offices now for a free initial consultation.