“A client retained our services to represent him after a sexual assault temporary order of protection was issued against him. We handled the trial in the Bergen County Superior Court in Hackensack NJ and the judge dismissed the case.” 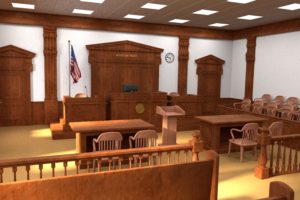 Do you need a lawyer for a Sexual Assault Restraining Order in Bergen County? We can help. Contact us now for immediate assistance and a free initial consultation.

The Tormey Law Firm recently represented a client who had a Survivors of Sexual Assault Temporary Order of Protection issued against him by a woman with whom he worked. The alleged victim asserted that our client had touched her genitals, made her touch his, and attempted to rape her in his vehicle. As a result of those alleged acts, the woman claimed that she was in fear for her safety from our client and needed a Final Order of Protection as permitted by the New Jersey Sexual Assault Survivors Protection Act, or SASPA.

SASPA is a new law the took effect on May 7, 2016.  The law authorizes the Court to issue temporary and final protective orders on behalf of victims of nonconsensual sexual contact, sexual penetration, or lewdness.  A criminal case does not have to be filed against an alleged perpetrator in order for a victim to pursue a protective order.  Once requested, the victim and alleged defendant have a hearing in front of a Superior Court judge to determine whether the alleged acts occurred and whether a protective order is necessary to protect the victim.  The process is very similar to the process for obtaining a Domestic Violence Restraining Order, in that the victim only has to prove the case by a preponderance of the evidence instead of beyond a reasonable doubt, and neither party has a right to appointed counsel as with a criminal trial.  If a party wishes to have an attorney, they must obtain that attorney on their own.

Following the trial that included testimony from both the plaintiff and our client as well as various exhibits entered into evidence, attorney Christopher Perry was able to successfully defend our client from the false allegations made against him. Over the course of the trial, Mr. Perry introduced evidence showing that there was no possible way that events could have occurred the way the plaintiff alleged.  He also pointed out that the filing of the temporary order of protection took place shortly after our client had filed assault charges against the plaintiff’s husband.   Through the testimony and the evidence presented, Mr. Perry was able to show that the complaint was filed in retaliation for our client having filed the criminal charge against the plaintiff’s husband.  The Judge agreed, finding that the alleged acts never occurred and subsequently dismissing the case.  This was a fantastic outcome for our client and another outstanding win for the Tormey Law Firm.

A Final Order of Protection under the New Jersey Sexual Assault Survivor’s Act can have serious repercussions for the person against whom it is filed. Protective orders can come up when an employer or potential landlord runs a background check, they prohibit a person from owning weapons or obtaining them in the future, and may have other consequences beyond simply preventing any contact with the protected person. It is absolutely imperative that a person facing a restraining order contact a lawyer that understands how to effectively fight these types of cases.