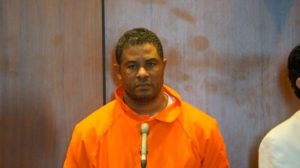 Have you been arrested and charged with domestic violence murder in Essex County? You need a good lawyer to fight these serious charges for you in court. Contact us now for help. Here is a recent case in the news that involves domestic violence homicide charges.

An Essex County man who was found guilty of murder for the 2015 strangling death of his girlfriend was recently sentenced to 30 years in New Jersey State Prison. The victim in this case, a mother of four, had just moved to the United States for a better life. Tragically, she was strangled to death by her boyfriend during an argument at a vacant apartment in Newark, NJ. Essex County Assistant Prosecutor Eric Plant, who tried the case, described the victim as a “wonderful mother and a dear friend to all that knew her.” Plant further stated that prosecutors “hope that this verdict and sentence will help her children and extended family find some degree of closure in what has surely been a difficult process for them.” After trial, the defendant, an Irvington NJ man, was found guilty of murder. Although he had no prior felony convictions, he will now spend the next 30 years in prison before becoming eligible for parole.